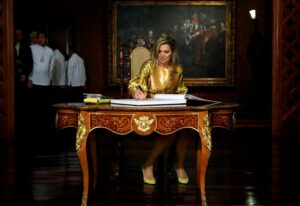 Her Majesty Queen Maxima of The Netherlands signs the Palace Guest Book at the Reception Hall of the Malacañan Palace on Tuesday (June 30). Queen Maxima is UN Secretary-General Ban Ki-moon’s Special Advocate for Inclusive Finance for Development. (MNS photo)

Queen Maxima, who is also the United Nations Secretary-General’s Special Advocate (UNSGSA) for Inclusive Finance for Development, is in the country until July 1 to discuss financial services and strategies in the Philippines.

During the courtesy call, Queen Maxima was accompanied by Ambassador Maria Christina Theresia Derckx of the Kingdom of the Netherlands; Ola Almgren, United Nations Resident and Humanitarian Coordinator in the Philippines; Peer Stein, Director in the Finance and Markets Global Practice of the World Bank Group; Gabriella Sancisi, Private Secretary to HM the Queen; and Paolo Galli, Director of Office of the UNSGSA.

Queen Maxima’s visit was at the invitation of the Philippine government and the BSP.

While in Manila, the Queen will meet with leaders from the public and private sectors, and participate in the launch of the National Strategy for Financial Inclusion.

According to the United Nations Information Center in Manila, Queen Maxima will visit the province of Cavite on Tuesday to “speak with local businesses about how financial services, like a bank or savings account, loan or insurance, could improve their economic development”.

On Wednesday, the Queen will meet with the Central Bank governor and deliver a speech at the launch of the National Strategy for Financial Inclusion, a BSP-coordinated action plan that aims to enhance cooperation among ministries, government agencies, and the private sector to improve the population’s access to financial services.

The Queen will also participate in a roundtable discussion with parties involved in the national strategy, including the BSP, the departments of finance, social welfare and development, education, and trade and industry, and such government agencies as the National Economic and Development Authority, the Insurance Commission, and the Philippine Statistics Authority.

The Queen was designated by UN Secretary-General Ban Ki-moon as his Special Advocate for Inclusive Finance for Development in 2009. (MNS) 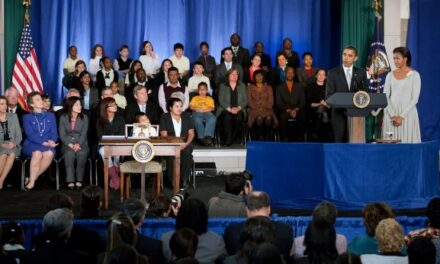