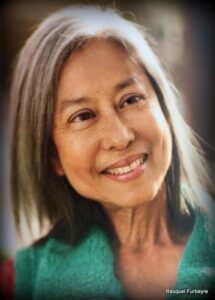 LOS ANGELES – Racquel Custodio Furbeyre peacefully passed away Monday, May 18, in Los Angeles. She was 64. ​Racquel had been battling breast cancer for the past four years.

Since the 1980s, Racquel was known in the L.A. Filipino and Asian community as a caring social worker who counseled troubled immigrant youths, parents, elderly and terminally ill patients. For two decades, she was a dedicated lay disciple at the Kanzeonji Buddhist Temple in Mt. Washington and the editor of their “The Spiritual” journal.

In the 70s, she helped in the United Farm Worker’s Agbayani Village project and in the Movement for a Free Philippines with PH Senator Raul Manglapus.

Racquel was born in San Francisco CA.  However, she grew up in Makati, Philippines and graduated from St. Paul’s College High School in Manila.  Racquel received a Master’s in Social Work from the University of Southern California. She is survived by her only daughter, Mishel, an older sister Dr. Maria Ana Custodio and three younger brothers: Guy, Louie and Anthony. Her sister and two older brothers reside in the Philippines.  Her father Greg Custodio was a noted Filipino portrait artist in Manila and whose murals were displayed in the city hall, churches and other buildings in Stockton, California.