Rafael Rossell no longer a Kapamilya 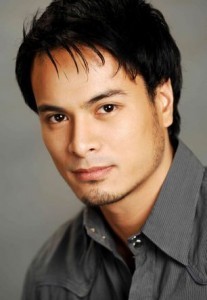 â€œMore than growing as an actor, I want to grow as a person,â€ Rossell said of his transfer. â€œAnd I believe challenging the different fields in our industry and working with a great variety of people will help me achieve such growth.â€

Rossell earned his breakthrough role when he was cast opposite actress Claudine Barretto in the first-of-its-kind â€œfantaseryeâ€ (fantasy series) â€œMarinaâ€ in 2004.

He appeared in a number of drama series in ABS-CBN, including â€œMidnight Phantomâ€ and â€œKristine,â€ where he was paired with actress Denise Laurel, and â€œ100 Days to Heaven,â€ where he played Bart opposite Jodi Sta. Mariaâ€™s Sofia. (MNS)

Regine Velasquez does not mind that her voice has changed