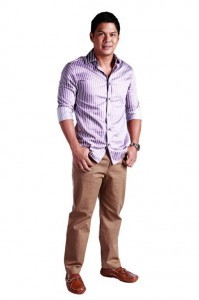 MANILA  (Mabuhay) — AFTER a six-month break, Raymart Santiago will return on television via the upcoming family-oriented comedy series “Home Sweet Home” on GMA-7.

He said his kids have helped him decide on the kind of role he would take in the new show. “Tinanong ko sila kung anong gusto nilang mapanood from their Daddy. Sinulat nila sa notepad and binigay ko sa writers,” he said.

Raymart said their family is not perfect but it’s a process for them to always keep it a happy place for the kids.

The actor also reiterated that all is well between him and wife Claudine Barretto. They spent a lot of time with the kids during his short break and the bond between them is much stronger now, especially with the help of prayers in a God-centered relationship.

What’s next for Angel after ‘Legal Wife’

Bristol: I wasn’t forced to dance