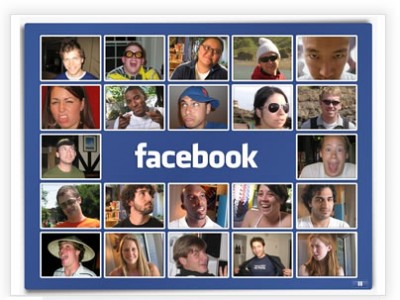 “People are concerned about overall perception from the outside world,” said Vlad Gorelik, who worked at cyber security firm AVG Technologies before starting Reppler in the Silicon Valley city of Palo Alto.

It is increasingly common for job recruiters or hiring managers to check Facebook profiles of candidates and search online to influence decisions.

Free Reppler software analyzes digital content people put on their Facebook pages along with material about them posted by others.

“Your wall on Facebook is not only your posts, it is posts by your friends or by applications such as games,” Gorelik said, referring to spaces on Facebook profile pages where friends can leave comments.

Reppler checks the tone of messages and lets people know if they come across sounding perpetually angry or unhappy.

The software also notes when timing of posts might reveal unflattering behavior, such as having popular online game “Farmville” continuously running during work hours or if people are busy posting to Facebook on the job.

“If you work in a bar, references to alcohol are perfectly normal,” Gorelik said. “If you work at a conservative law firm, it might not be something you want on your wall.”

Reppler points out potentially troublesome material and then takes people to the Facebook tools for removing the information or adjusting privacy settings.

“Sometimes, we post a little too much,” Gorelik said. “If you are connected to your mom on Facebook, and your mom’s maiden name is a security question used to reset passwords, someone could use that to hijack your account.”

Reppler software detects over-sharing of information as well as spam links posted to Facebook walls by hackers out to lure people to websites rigged with malicious software.

Gorelik said Reppler differs from online image services such as Reputation.com in that it is tailored for social networks.

“We are specifically targeting social networks because this is where most people live,” Gorelik said.

The growing reality is that comments made online might as well be shouted in public streets.

“The microscope is coming to a theater near you and everyone is going to live under a microscope,” Reputation.com chief executive Michael Fertik told AFP in a recent interview.

That “microscope” is astonishing in power, drawing on everything from blog entries and Facebook postings to food orders and search histories.

“Your musical preferences, who your friends are, what you buy, where you live, where you travel, where you surf on the Internet, what your health hazards are, what you eat, what exercise, what size clothes you wear, what the names of all your family members are, your political affiliations.”

People’s pasts are lingering to haunt them in the Web’s vast archives of data.

For advertisers, that sea of Web data is a goldmine allowing them to target millions of people with ads tailored to their online profiles. For bosses and the simply curious, it’s a giant keyhole to peep through.

Hiring managers routinely search for information about applicants on Google — it’s dubbed the Google handshake — and a Microsoft survey found that 70 percent of company representatives had turned down candidates after finding something they didn’t like.

Fertik’s company can clean up a person’s Internet history, deleting some unwanted posts and burying the rest in more positive information so that at least an initial Google Handshake comes up clean.