This was contained in the Department of Homeland Securityâ€™s new directive in response to a letter Senator Reid and 21 other Democratic senators sent to the President on April 13.

â€œI applaud President Obama for taking this decisive step to bring our immigration enforcement policies more in line with our national security and public safety priorities. This new DHS directive will help prioritize our limited enforcement resources to focus on serious felons, gang members and individuals who are a national security threat rather than college students and veterans who have risked their lives for our country,â€ reads part of Senator Reidâ€™s statement.

The senator empahsized â€œThis commonsense approach will address an untenable situation where the deportations of foreign drug traffickers and violent criminals face long delays because our immigration courts are overwhelmed by low-priority cases of individuals with no criminal records.â€

Senator Reid, one of the staunchest sponsors of DREAM Act in Congress, cited â€œthe impact these new policies will have on those who would benefit from the DREAM Act. These young people are American in all but paperwork: in language, culture, love for this land, and yearning to serve in our military, or become college graduates who fully contribute to our nation. We lose a lot by sending them back to countries they do not know,â€ he avers.

â€œThe Presidentâ€™s decision is a step in the right direction,â€ he says.

However, the senator mainstains that the solution to the countryâ€™s broken immigration system must come from Congress. Once more, the senator appealed to his Republican colleagues in Congress to join Democrats in â€œenacting tough, smart, and fair comprehensive immigration reform that secures the borders; strengthens existing immigration laws; and requires the approximately 11 million people in the country illegally to register with the government and get right with the law.â€Â  â– 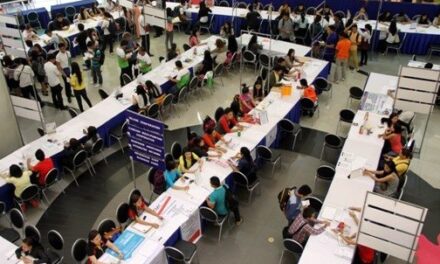