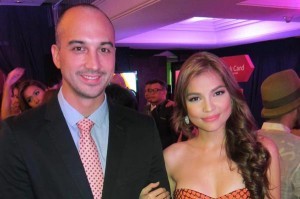 Rhian Ramos and KC Montero have ended their relationship after almost two years of being a couple, the actress confirmed Tuesday.

“If there’s such a thing as a good breakup, then I have one,” the 23-year-old TV star said, referring to her amicable split with Montero.

While she did not specify when they decided to end their relationship, Ramos said it happened before typhoon “Yolanda” made landfall last November 8.

Ramos is only happy to remain friends with Montero, saying they continue to regularly see each other even after the separation.

“Sometimes kasi, the people that you really want to keep in your life, you just make sure they’re there… I want him to be a friend that I can have around for a lifetime,” she said.

Asked if she is ready to entertain new suitors, Ramos said, “No, not really. I just want to be able to take the next bit of time to discover myself and be good to me and, wala, just grow up by myself.” (MNS)