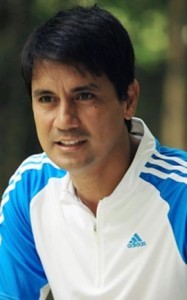 ACTOR Richard Gomez is saddened by the detention of his two friends Senator Jinggoy Estrada and Ramon “Bong” Revilla Jr. who are facing non-bailable plunder charges in connection with the pork barrel scam.

“They are my friends and I feel sad that they’re in jail now. I think it’s an opportunity for them to prove themselves that they are not guilty of what’s being accused (of them). We’ll be in the sidelines (observing) of what’s going to happen,” he said in a recent interview.

Revilla and Estrada are now detained in the custodial center at the Philippine National Police headquarters in Camp Crame, Quezon City after the Sandiganbayan ordered for their separate arrest.

“Mahaba kasi yung judiciary process na iyan. Right now, they are being accused but they are not yet guilty until matapos ang kaso. So we really have to wait. It might take long, years, bago malaman ang verdict,” said the actor, whose wife, Lucy, is also a politician.

“It’s a short role but it’s a good one, it’s nice. Parang everything happened in two days and it’s nice working with Daniel and Kathryn,” he said.

“It’s actually a very good love team. Masang-masa yung dating ni Daniel and Kathryn and that’s what we all want to, the masses to watch and support you. From my end, I get the energy from them that’s why the work was very light and easy,” he added.

Aside from working with the two young actors, Gomez was also reunited with perennial leading lady and former girlfriend, Dawn Zulueta.

When asked if this is a start of something big, Richard replied, “Siguro it’s a prelude to something big. I was told that Star Cinema is preparing a movie for me and Dawn. I hope it happens this year.”

Gomez is filming the movie “The Trial” under director Chito Roño.

The film, which is set for release in the last quarter of 2014, is co-starred by John Lloyd Cruz, Gretchen Barretto, and Benjamin Alves. (MNS)

Eugene hopes ‘Tuhog’ will be shown in int’l festivals