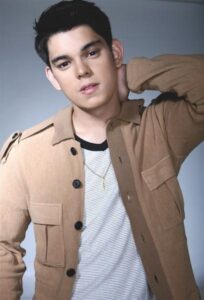 In recent months, Annabelle and Ruffa made headlines for their feud over the beauty queen’s boyfriend, Jordan Mouyal, whom the former had controversially referred to as “patay gutom.”

The mother and daughter have not been on speaking terms for a while now.

“Siyempre we are all hoping na maayos na the soonest but it’s all up to them. I know naman na time will heal everything. We are just giving them their own space and hopefully magkaayos na sila soon,” he said.

According to Richard, Ruffa celebrated her birthday recently but their mother did not show up.

Last week, Annabelle took to Twitter to share that she was invited to a birthday party but she did not mention whose celebration it was.

While Annabelle was mum in her tweets, many of her followers think the talent manager was referring to Ruffa’s party.

In her post, Annabelle said she declined the invitation because she is not “plastic.” (MNS)

Maja on past romance: Nadurog ako