Richard wants to have another baby with Lucy 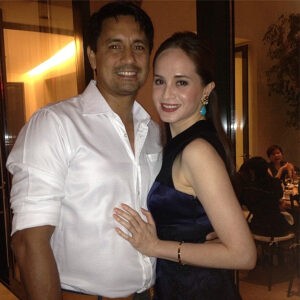 Richard Gomez admitted he and his wife, actress-politician Lucy Torres, are planning to grow their family and give their daughter Juliana a baby brother.

Gomez said they hope God blesses them with another child.

For now, Gomez said he and Torres are concentrating on Juliana, who is already 14 years old.

Asked if he already allows her daughter to go on dates, the actor said: “I think she is too young to go out on dates. She’s only 14. Let her remain a child first. Because going out, that could happen in years to come but now she needs to focus more on her studies. She can indulge herself in sports.”

This is not the first time that Gomez and Torres expressed their desire to have another baby. In 2013, the couple earlier said that they will work on having another child after the mid-term elections.

JUDY ANN SANTOS ONCE DREAMED OF PLAYING A MERMAID