Robin Padilla and Kris Aquino have had chance to renew ties and forge a closer relationship as friends.

Last seen together as a “love team” in the 2003 film “You and Me Against the World,” the action star and the prized Kapamilya talent are cast as husband and wife in ABS-CBN’s new soap “Kailangan Ko’y Ikaw.”

Set to air in the first quarter of 2013, the Joyce Bernal and Malu Sevilla-directed series was formally launched along with seven other new shows Wednesday night at the ABS-CBN Thanksgiving Trade Party in Taguig City.

Audience at the event cheered when Padilla joined Aquino on stage, shortly after the debut trailer for “Kailangan Ko’y Ikaw” premiered for advertisers.

At the sidelines of the trade party, the 43-year-old actor was teased by reporters on the apparent “kilig” generated by his onscreen team-up with his ex-girlfriend.

In “Kailangan Ko’y Ikaw,” Padilla and Aquino play Bogs and Roxanne, who are seen exchanging vows in the trailer for the soap shown at Wednesday’s trade party.

“It’s Showtime” host Anne Curtis, meanwhile, plays Roxanne’s sister Ruth, who appears heart-broken at the union. Greater devastation hits her, as well as Bogs, however, when they learn of Roxanne’s battle with cancer. 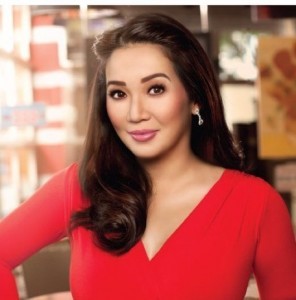