The Philippines’ long history with the Rose Parade

On January 1, 2011, time will stand still once more as the whole world watches the awe-inspiring Tournament of Roses Parade or “Rose Parade” in Pasadena, California, proudly named by its residents as the “City Where New Year Begins.”

Preparations for the annual world’s New Year spectacle started as early as mid-October last year when the seven members of the Rose Parade were announced at the Tournament House. A month-long process in which more than 1,000 Pasadena-area young women participated based on a range of qualities including public speaking, poise, academic achievement, community involvement and personality ended in the selection of 31 finalists. 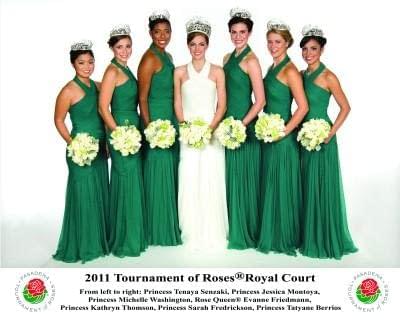 Evanne Elizabeth Friedmann from La CaÃ±ada High School was chosen as the 93rd Rose Queen, and together with her six royal court will serve as Ambassadors of the Tournament of Roses (TOR), will attend more than 150 community and media functions leading up to the 122nd Rose Parade presented by Honda and 97th Rose Bowl Game on Saturday, January 1, 2011.

“2011 Rose Queen Evanne Friedman and our six princesses are perfect ambassadors for the Tournament of Roses, and the city of Pasadena. They are talented, graceful and stellar examples of young role models,” said Tournament of Roses President Jeff Throop.

“These seven young ladies are outstanding role models for the youth of Pasadena,” said Edward Afsharian, Chairman of the Queen and Court Committee. “They were selected from a pool of the most talented and poised in the Pasadena area. They are truly remarkable and will be wonderful ambassadors for the Tournament of Roses.”

What started as a small community parade and first called a “Battle of Roses” on January 1, 1890 had become a ubiquitous New Year spectacle enjoyed by millions around the world. This “Battle of Roses,” then sponsored by the Valley Hunt Club, displayed and parade flower-decorated horse-and-buggies, followed by public games on the “town lot” east of Los Robles between Colorado and San Fe. 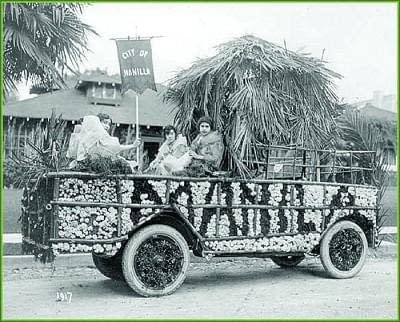 “Following the parade, young men competed in a variety of foot races, tugs of war, jousts and tourney of rings – an old Spanish game in which mounted horsemen, each carrying a 12 foot lance, try to spear three rings hung about thirty feet apart while riding at top speed.The tourney of rings, coupled with the floral displays prompted Professor Holder, the first president, to say, ‘Now we have the name we want – The Tournament of Roses.'”

More than 2,000 people attended the first Tournament of Roses. Dr. Charles F. Holder, the first TOR president, reported a profit of $229.39 in its first year. The rest is history.

Blast from the past

Speaking of Rose Parade history, the Philippines and Japan were recorded as the first countries outside continental America to participate in the Parade. In a historical entry by Joe Hendrickson (Tournament of Roses, a Pictorial History), he stated that, “The year 1917 will go down in the Tournament of Roses history for two reasons: The Parade became international in scope, with hotels from Yokohama and Manila, as well as American cities, entering massive floral floats…”

A copy of the 1917 archived photo of the Philippine float, obtained by these writers from the Tournament of Roses Historical Committee, depicted the Manila float as an ensemble of flowers and palm leaves put atop a trailer with spoke wheels. A “Bahay Kubo” made of palm leaves, surrounded by bamboo fence was visible on one end of the trailer. Four young mestiza women, clad in resplendent and elaborate Filipina dresses, were shown riding the float, one holding a banner marked “CITY OF MANILLA.” Manila was misspelled, but the floral decorations on the side of the float showed â€œManilaâ€ correctly spelled.

Seeing a float from the Philippines at that time, the crowd may had likely been seeing a representation of an independent country about to be born. Independence did not come, however, until July 4, 1946.

At the turn of the 20th century, the Philippines was under the American sovereignty, which started when Gen. Wesley Merritt assumed the duties of Military Governor of the Philippines on August 26, 1898. With the subsequent election of Woodrow Wilson as president of the United States, he appointed Francis Burton Harrison the next governor of the new island territory. Harrison served from 1913 to 1921.

It was during the time of Harrison when “American policy took a turn toward Filipinization.” The President appointed majority of Filipinos to the Philippine Commission and thus to Filipinize the Philippine legislature. Thereafter, the Jones Law of August 29, 1916 was enacted with a preamble in Wilsonâ€™s own hand (quoted in part)…”to withdraw their sovereignty over the Philippine Islands and to recognize their independence as soon as a stable government can be established therein.”

It was not until 1997, exactly 60 years later, when the Philippines came back to join the Rose Parade again. The country fielded a two-tier float depicting two famous Philippines landmarks – the Rizal Monument and the Ifugao Rice Terraces. Also highlighted on the float were the exotic Pampanga parols and the colorful Zamboanga vintas. The following year, in 1998, another two-tier Philippine float participated, this time depicting the ubiquitous Pinoy jeepney and the mystical Filipino icon sarimanok. Both entries won “Most Beautiful Float from Outside the USA” honors.

What to look forward to at the 2015 LA Auto Show