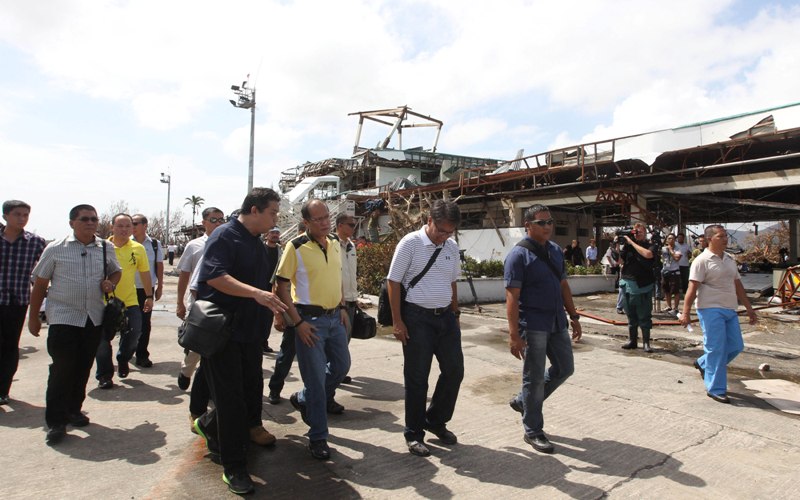 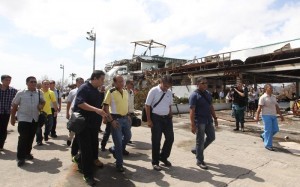 President Benigno S. Aquino III and Department of Interior and Local Government Secretary Mar Roxas personally inspects the extent of damage brought by Super Typhoon Yolanda (Hainan) during his visit to Tacloban City the province of Leyte on Sunday (November 10, 2013). Typhoon Yolanda, the world’s most powerful typhoon in 2013, packing more than 300kph when it made landfall in Central Visayas Friday morning. (MNS photo)

MANILA, May 8 (Mabuhay) − Interior Secretary Mar Roxas denied Thursday he has a rift with Presidential Assistant for Rehabilitation and Recovery Panfilo Lacson, a day after the latter hinted about two Cabinet officials who were derailing rehabilitation efforts in areas affected by super typhoon Yolanda (Haiyan).

Lacson claimed in a press briefing Wednesday that two Cabinet officials were making things difficult for him because they would usually ignore his requests or take long to get back to him.

The former senator and Philippine National Police chief, however, refused to name the two Cabinet members but said he may bring the matter to President Benigno Aquino III soon.

Roxas described his relationship with Lacson as “very close,” having been former colleagues in the Senate.

Although they are now both out of the Senate, Roxas said Lacson continues to refer to him as “my four o’ clock,” since that was his position behind the former PNP chief in the session hall.

The Interior Secretary, in turn, refers to Lacson as “my 10 o’ clock.”

To quell speculations about the identity of the Cabinet secretaries Lacson was referring to, Roxas said the media should ask the rehabilitation czar himself.

Six months after typhoon Yolanda cut a destructive path in central Philippines, the government has yet to come up with a master plan for rehabilitation.

Lacson, however, said the country’s rehabilitation efforts are “right on track.” (MNS) 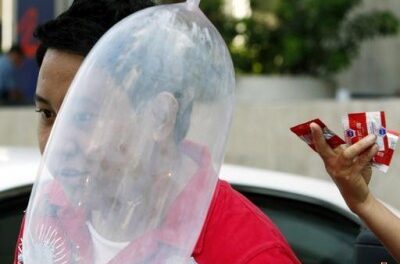