Ruffa, Shaina move on from past tiff 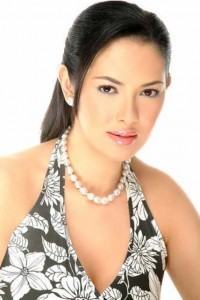 All’s well that ends well between actresses Shaina Magdayao and Ruffa Gutierrez, who made headlines years ago over their supposed tiff over actor John Lloyd Cruz.

A post of Gutierrez on the image-sharing site Instagram shows her with Magdayao and other people inside a gym.

In the caption, Gutierrez said: “Back at the #HouseOfPain with @cjaplyo2 & guess who I bump into? After all these years dito pa kami nagkita. ☺️ and just like that, all’s well that ends well. Peace, Shaina!”

Magdayao even reposted the photo in her own account, adding the caption that it’s a good way to start the “ber” months.

Gutierrez then commented that she is grateful that their reconciliation happened “in God’s perfect time.”

In 2010, Magdayao was in a relationship with the Kapamilya actor when it was reported that she sent Gutierrez text messages, telling the former beauty queen to leave them alone.

Magdayao did this supposedly because Gutierrez and Cruz continued to communicate with each other even if she was already in a relationship with the actor.

When Cruz and Magdayao broke up years after, Gutierrez was also tagged as one of the reasons behind the separation.

Cruz and Magdayao, however, clarified then that Gutierrez had nothing to do with their breakup.

Magdayao and Gutierrez are currently single, while Cruz is now in a relationship with actress Angelica Panganiban. (MNS)