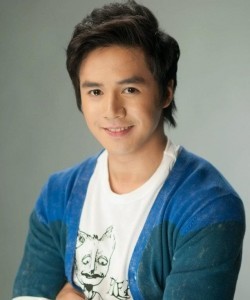 Singer-actor Sam Concepcion has finally confirmed the status of his relationship with showbiz newcomer, Jasmine Curtis-Smith, which has been the subject of speculation in recent months.

The 20-year-old Kapamilya star talked about his “love life” on Tuesday night shortly after the well-attended Cosmo Bachelor Bash, which featured him as one of the celebrity “centerfolds.”

Asked if he was aware that Curtis-Smith was in the audience at the packed WorldTradeCenter in PasayCity, Concepcion said, “That really did help boost my confidence while walking the ramp!”

“Of course, it was a source of energy and strength for me para makalakad ako nang may confidence. Enjoy lang,” Concepcion said.

As to whether he thinks Curtis-Smith would be bothered by female fans’ reaction to his first-ever Cosmo outing, the Concepcion said, “Hindi naman siguro. I think secure siya.”

On the subject of his relationship status with the 19-year-old TV5 star, Concepcion appeared at ease to reveal that they have been “exclusively” seeing each other.

“We are exclusively dating. Whatever that means to you, to us, we are just both very happy,” he said. (MNS)