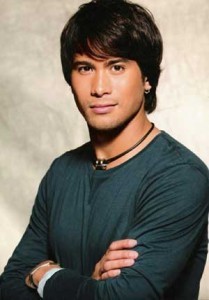 Actor Sam Milby cleared a report that it was him who introduced KC Concepcion to actor Paulo Avelino.

Milby explained that it just happened that Avelino met Concepcion in his restaurant in Taguig.

Last month, Avelino surprised the public when he revealed that he is dating Concepcion.

Avelino confirmed that he and Concepcion are friends and that he likes the actress.

“Yes [we are friends]. Yes [I like her], we are dating. I just want to keep things private,” he said in a sit-down interview with “Buzz ng Bayan.”

Avelino and Concepcion co-starred for the first time in an episode of “Maalaala Mo Kaya” in 2011.

Ai Ai denies she is a battered girlfriend

Horseshoe Casino presents Pinoy Rock and Soul at The Venue