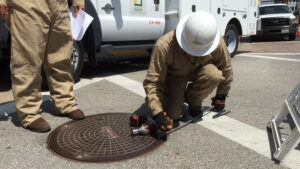 SCE crews will attempt to restore power to some customers between 6-10 p.m. tonight. Due to the extent of the damage, some areas may still be without power overnight.

If additional issues are discovered during the inspections, there may be subsequent outages so crews can make repairs safely. Every effort will be made to notify affected customers in advance of these outages.

The area currently affected in Long Beach includes: Lily to the north, Pacific to the west, Tribune to the east and Nardo Way to the south.

SCE is bringing in crews from throughout its service territory to inspect some 300 vaults. Each vault will require a heat scan on the equipment, cable and components to look for abnormal conditions.

Generators are also being brought in for the affected customers; six have been installed and four of those are for residential customers. SCE encourages its customers to continue to conserve electricity as they work to fully restore power.

SCE staff has opened a distribution center for water, ice and flashlights. The location at Cesar Chavez Park Community Center, 401 Golden Avenue, Long Beach will be open until midnight tonight. The center will reopen at 8 a.m. Saturday The safety of the public and its crews remains SCE’s highest priority.

A similar outage occurred in downtown Long Beach on July 15, leaving customers without power for three days. SCE continues to work closely with city officials and other groups to aid those impacted by the Long Beach outage. SCE thanks the city of Long Beach for its cooperation and for the especially important safety efforts of first responders in the Long Beach Fire and Police departments.

Customers may inquire about outages at 1-800-611-1911 and get the latest information from the outage page at www.sce.com/outages or by downloading the SCE outages app on their smartphones. Updates also are shared via Twitter.

Here are some additional important tips to remember.

– Watch for traffic signals that may be out. Approach those intersections as four-way stops.

– Make sure you have a battery-operated radio and flashlights. Check the batteries to make sure they’re fresh. Use flashlights for lighting during a power outage.

– Do not use candles because they pose a significant fire hazard.

– If you use a generator, place it outdoors and plug individual appliances directly into the generator, using a heavy-duty extension cord. Connecting generators directly to household circuits creates “backfeed,” which is dangerous to repair crews. 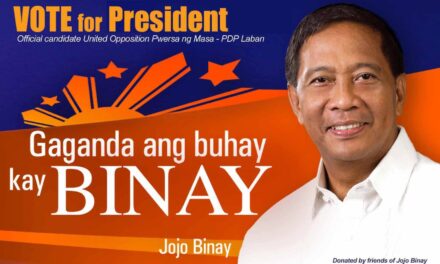 Task force vs. COVID-19 eyes prohibiting public from going to cemeteries during Undas

The new guidelines on deportation