The second Filipino American Youth Leadership Program or FYLPro (pronounced “fil-pro”) will build on the success of the first-ever program, held from 13 to 16 July 2012 in the Philippines, which yielded a remarkable batch of young Filipino-Americans who continue to embark on different advocacies to help promote further progress in the Philippines and to further engage the multi-faceted Filipino-American community. The first batch of FYLPro delegates have gone to undertake, among others, political advocacy initiatives, cultural and tourism promotion programs, social entrepreneurship activities, education innovations, Filipino-American heritage projects, voter awareness and education, and have even launched political campaigns of their own.

In partnership with the Ayala Foundation Inc. (AFI), this year’s edition of the FYLPro hopes to attract more young Filipino-American leaders who we hope will be among the movers and shakers among the emerging generation of Filipino-Americans. Program sponsors shall fund the cost of the participants’ airfare, local transportation and accommodations.

Among the qualifications for the outstanding Filipino-American achievers and leaders are the applicants’ scholastic achievements and other accolades, leadership skills, accomplishments, active involvement in school, civic, political, business and other organizations as well as their vision, innovativeness and commitment to making a difference in the Philippines and within the Filipino-American community.

The chosen delegates will take part in an immersive program in the Philippines from 7 to 9 July 2013 and will likewise participate in the 8th Ambassadors, Consuls General and Tourism Directors Tour (ACGTDT) from 9 to 11 July 2013. The special FYLPro program will afford them the opportunity to meet and dialogue with the highest officials and policymakers in the Philippines, leaders of industry, legislators, media, artists and cultural experts, entrepreneurs (both traditional and social), as well as innovators in different fields.

Applicants should be between the ages of 18 and 40 years old by 1 July 2013. They should be ready to travel by this date (i.e. have a valid passport for international travel), and are expected to commit time, skills and resources to engage with the Philippine Foreign Service Posts in the US in ways which would advance the causes and interest of Filipinos and Filipino-Americans.

The application form for the search may be accessed at the following link, http://www.philippineembassy-usa.org/uploads/pdfs/embassy/2013/2013-0315-FYLPro.docx. The deadline for submission of applicants is 30 April 2013. The names of the chosen delegates will be announced on the website of the Philippine Embassy in Washington, DC (www.philippineembassyusa.org) on 15 May 2013. END 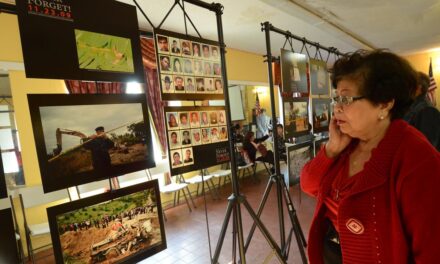