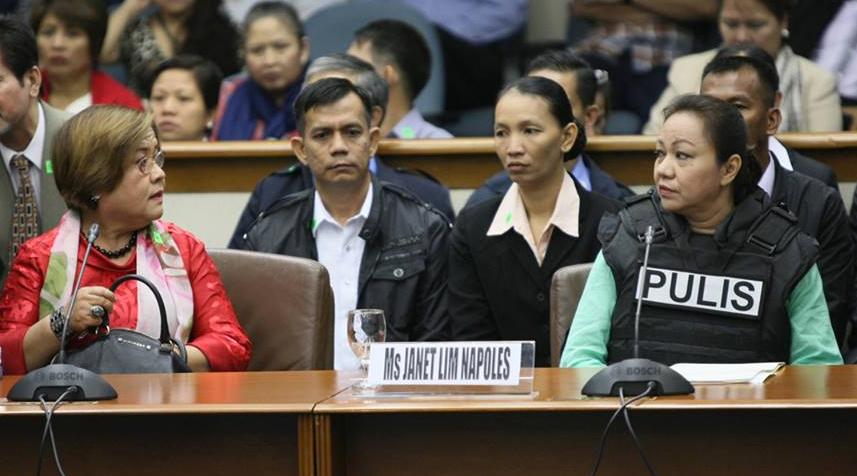 “I know what the good Senator wants; it is what I and the public want. But let’s face it, this ‘sabong’ isn’t the way to get it,” Te said on his tweet, as the Senate committee hearing on the supposed multibillion-peso anomaly was ongoing.

Blue ribbon committee chairman Senator TG Guingona as led Thursday’s grilling of Napoles, asking whistleblowers to repeat their sworn statements on the supposed scam and ordering her to react to the accusations.

For the most part of the hearing, Napoles would either deny the allegations or invoke her right against self-incrimination.

Also Te said  “Perhaps the (committee) should have let the resource person [Napoles] testify first before the ‘face-off.’ No one in her right mind would say anything now.”

Then Te went on to a “lecture” on cross examining a witness, saying they [senators] should “lead the witness” instead of asking Napoles.

Te also said the Senate committee “is not a court and is not expected or mandated to weigh evidence or test credibility.”

“’In aid of legislation” lang dapat, ‘di ba?” Te added, referring to the Senate’s power to conduct formal inquiries on the implementation or re-examination of any law or appropriation.

Committee member Senator Alan Peter Cayetano earlier said even in an executive session, the senators may still report to the public the findings of the closed-door session.

Te agreeS to this, saying senators could report the findings in the meeting.

“After (executive) session, senators could then have excused her then reported what was said in summary. No self-incrimination excuse,” he said.

Napoles is currently facing three plunder complaints before the Office of the Ombudsman for her alleged involvement in the pork barrel and Malampaya Fund scams.

She and her husband, Jaime, were also named respondents by the Bureau of Internal Revenue in a P61-million tax evasion complaint.

No butts: Reebok slapped in US on rear-toning claims