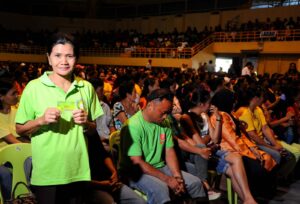 MANILA (Mabuhay) – The Senate is set to investigate the alleged anomalous and fraudulent claims by accredited hospitals and clinics to the Philippine Health Insurance Corporation (PhilHealth) amounting to P2 billion.

Senator Teofisto Guingona III, chairman of the blue ribbon committee, said he heard of disturbing claims that some accredited hospitals and clinics would seek out large volume of PhilHealth members to operate on even if the treatment is unnecessary and may even be dangerous to the patient.

“If found true, this is a matter of national concern. It is criminal to misappropriate funds that are actually needed by other patients. But to endanger the lives of Filipinos as a means to eat through PhilHealth’s funds is beyond deplorable,” he said Tuesday.

PhilHealth officials earlier raised red flags on some benefit payments to accredited hospitals and clinics around the country amounting to P2 billion, including P325 million worth of ‘highly suspicious’ benefit payments to two eye care centers in Metro Manila.

The Department of Health stated that an investigation was prompted after an audit of the year 2014 showed that a suspiciously large sum was paid by PhilHealth for cataract procedures.

“We are therefore conducting an inquiry on this matter to ensure that Philhealth, as the country’s premier health insurance provider, would have adequate policing mechanisms that will promote transparency and accountability among health care providers,” Guingona said.

He added that the Senate endeavors to give Filipinos not only greater access to health care, but also increase PhilHealth benefits.

“Questionable practices and actions of health care service providers are detrimental to the integrity and sustainability of PhilHealth,” he said. (MNS)

Marlou Colina, stylist to the stars at the 87th Academy Awards