Senators want Budget Department to clarify policy on use of savings 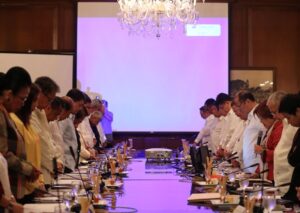 MANILA, Sept 8 (Mabuhay) – At least two senators have urged the Department of Budget and Management to clarify its policy on the use of savings and realignment of funds.

At Tuesday’s Senate hearing on the proposed P378.346-billion budget for 2016 of the Department of Public Works and Highways, Secretary Rogelio Singson said they were not able to use their savings in 2014 due to the Supreme Court’s decision on the Disbursement Acceleration Program.

Singson said that for the agencies to use, modify, or realign their savings, they should seek approval first from the Office of the President and the Budget Department.

Senate President Franklin Drilon proposed that they should just put a special provision in the national budget allowing Cabinet members as heads of agencies to realign and use the savings within their own department to augment funding for a similar item.

But Senator Loren Legarda, chairperson of the Senate finance committee, said there is already a provision in the 2015 general appropriations authorizing heads of agencies to utilize savings.

“It is very clear, I’m reading from the GAA. Why is that you cannot still use your savings,” she said.

DPWH undersecretary Maria Catalina Cabral said that is what the DBM is telling them.

“That is the explanation of the DBM. Any use of savings, we have to go to the Office of the President for approval,” she said.

Singson added that they tried reasoning out with the DBM but the agency stood firm to its interpretation of the law.

Drilon and Legarda then sought a representative from the DBM for an explanation but the budget employee present said she was not competent enough to answer the queries of the senators.

“I will relay your request to our legal service to be present during the hearings. I’m not in the position to explain use of savings and realignment,” Cita Mahinay said.

Drilon then asked Mahinay to seek explanation from her office to clarify the matter.

In an interview at the sidelines of the hearing, Drilon said he will move for the strengthening of the provision authorizing heads of agencies to realign their savings.

“We can strengthen that (special provision) to remove all doubts. There is still some doubt, so let us clarify (the provision),” he told reporters.

He said Congress should make it easier for the head of agencies to realign to existing items the savings in other items.

“That is allowed in the Constitution. Now it must be the head of the Department concerned, or the head of the branch – meaning the President, the Supreme Court Chief Justice, the heads of constitutional agencies, and head of Congress,” he said.

HR lawyer as slain transgender kin’s counsel vs. US Marine