SAN FRANCISCO, November 10, 2010 (AFP) – San Francisco moved closer to becoming the host city for the 34th America’s Cup on Tuesday, city officials making a deal with the Golden Gate Yacht Club, which says Spain is out as a rival.

San Francisco officials completed a deal with Golden Gate Yacht Club, backers of America’s Cup defender BMW Oracle Racing, that could lead to the 2013 Cup being staged with Alcatraz and the Golden Gate Bridge as a backdrop. 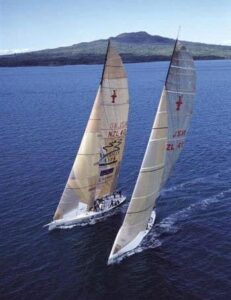 Tom Ehman, a spokesman for the Golden Gate Yacht Club, said Valencia, the Spanish port that hosted the 2007 and 2010 America’s Cups, is no longer a candidate for the main regatta but could still host a preliminary regatta.

That would leave Italy as the lone rival to San Francisco and unless the Italian offer equals or beats what San Francisco offers, Ehman said he expects the America’s Cup to be hosted in California in 2013 pending city approval.

A host city agreement was submitted Tuesday to San Francisco’s board of supervisors, which must approve it before any deal could be finalized.

The board voted 9-2 last month to approve a term offer and six supervisors are co-sponsors of the agreement, which pledges civic help in raising 270 million dollars to help cover costs of staging the event.