“We’ve been seeing each other. Magkakasama kami with our other friends and non-showbiz friends. Maybe because I have time right now and he has time right now. But courtship? Maybe siya na lang ang tanungin niyo at pangit naman na sa babae manggaling,” Magdayao said.

The actress, who said she and Milby see each other regularly, admitted that she gave her heart enough time to heal.

But Magdayao, whose last boyfriend was actor John Lloyd Cruz, isn’t exclusively going out with the “Dyesebel” actor.

In the interview, Magdayao also talked about actor Piolo Pascual, who was also romantically linked to her. 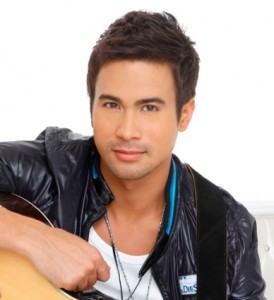 Magdayao stressed that she and the “Hawak Kamay” leading man are still good friends.

In previous interview, Pascual admitted that he and Magdayao decided to end up as good friends.

“She will always be a special friend, pero ‘yun lang,” he said at the time. (MNS)

DONNY PANGILINAN, BELLE MARIANO’S ‘HE’S INTO HER’ TO BE RELEASED IN MAY

Sam admits he still has feelings for Jasmine