MEGASTAR Sharon Cuneta said she has no plans to pursue a political career.

Cuneta said she wants stay away from the complicated world of politics. â€œI thank God I have no plans to enter politics. Komplikado na enough as it is ang politika sa bansa natin.â€

Instead of dwelling on the thought of running for public office, Cuneta said sheâ€™d rather stay where she is now and hope for the best for our country.

Meanwhile, when asked about her plans of having another baby, Cuneta said that she had actually given it a lot of thoughts.

She has already talked about it with her husband Sen. Francis â€œKikoâ€ Pangilinan, but it seems that he too has decided to stop trying.

After losing as much as 20 pounds, Cuneta said that her diet continues to maintain her figure. â€œCut down lang talaga sa carbo(hydrates) sa sweets, yung mga usual na culprit ng pagpapataba,â€ she said.

When asked about her thoughts on doing a possible television series, on the other hand, Cuneta said she is keeping her doors open.

***Gary clears issue between him and Martin

Rumor has it that their Sunday noontime concert show â€œASAP Rocksâ€ assigns more production numbers to Gary than Martin.

Gary then said that thereâ€™s no competition or favoritism between him and Martin but believes his availability for the show plays a big part in the production numbers of the program.

â€œMas nandoon lang ako kesa kay Martin. Kasi he has to be in the States and he works there also, and Iâ€™m in Manila all the time and it is easier for me.â€

The singer believes things will be clarified soon.

Meanwhile, his son Gab confirmed that he is already in a relationship with Kapuso actress Isabel Oli. When asked for his reaction on the said news, Gary only has good words for the lady.

â€œI think Isabel is quite a blessing to have in the life of Gab. Sheâ€™s very nice, down to earth and simple.â€

AFTER months of being away from the limelight, actress Kristine Hermosa surprised the public as she showed off her baby bump at the 5th Star Magic Ball in Makati City on Saturday.

â€œYes, Iâ€™m okay and Iâ€™m happy,â€ said Hermosa, who is 5 months pregnant. She was with her husband, actor Oyo Sotto, at the Star Magic Ball.

The actress said she is thankful that Sotto is always there to take good care of her and the baby.

The couple said they want to have a first-born girl, if given a choice. They added that their families are also excited to welcome the baby.

ACTRESS Roxanne Guinoo is back in the limelight as she attended the 5th Star Magic Ball on Saturday after giving birth in 2010.

The actress said though she has been anxious to work again, she would wait until her firstborn turns 1.

Currently, Guinoo said sheâ€™s happy that her husband is supportive of her plans. 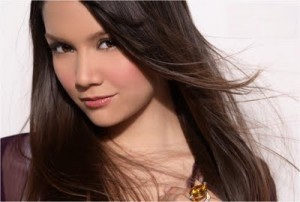 This news was confirmed by both actors and said they are both very happy with each other.

The two are the lead stars in the third evening drama series of TV5 entitled â€œThe Sistersâ€.

The said show is Nadineâ€™s first project with the Kapatid Network after she left GMA-7 this year. On Leandroâ€™s part, it is his comeback project after his long stay in the States.

In a prior interview with Leandro, the actor said heâ€™s taken by Nadineâ€™s charm and traits. He appreciates the ladyâ€™s love for her family, friends, and the industry they are both in.

Leandro added that it is hard not to fall for the lady after working with her for the past months.

On Nadineâ€™s part, it is still not clear when she called it quits with long time boyfriend Emerson Chua.

KAPATID actress Arci Munoz does not mind portraying support roles in television even though sheâ€™s groomed as the next big star of TV5.

During the press conference, Arci said that sheâ€™s not picky when it comes to projects assigned to her by the network and always grateful for the opportunity given to her.

â€œI believe thereâ€™s no small roles, only small actors. I want to support Jas (Jasmine) and Iâ€™m not here to compete. Andito ako to have a career and do to my work,â€ she said. â€œEvery work na ibibigay sa aking ng network is a blessing and para tumangi doon eh parang sino ba naman ako.â€

The actress added that even though she will just reprise a small character in the series, the viewing public can expect only the best of her.

â€œIâ€™m going to do my best and will do everything to reach my goal. As of now, I can say na Iâ€™m halfway through it and thankful ako na yung mga tao eh nakikita naman yung progress ko,â€ she said.

Arci could not also dismiss the fact that much is expected from her, especially now that a lot of stars are making a big name of themselves.

AFTER keeping mum on her rumored pregnancy last year, actress Denise Laurel finally admitted that she has already given birth to her first son.

Laurel said the first thing that came to her mind after finding out that she was pregnant was her family.

â€œThe moment I found out, the first thing that came into my mind was my family. Iyon parati ang una kong iniisip eh. I come from a very strict family, very conservativeâ€¦ I was just thinking how they would react although I never ever thought, not even once, that this was a mistake,â€ she said.

Laurel said her family got disappointed when she told them about the baby but they still stood by her through everything.

â€œI thought they would kick me out of the house. I thought they would be very angry. Not once did they raise their voice. They were disappointed but they talked to me, they asked me if I love the father, if Iâ€™m ready for this. Bali-baliktarin mo man ang mundo, ang pamilya mo ang nandyan para sa iyo. My family has always been there for me. Not even thank you is enough. Iâ€™m just so thankful that I have people in my life like them,â€ she said.

Laurel, however, refused to name the father of her son.

â€œAll I can say is he is not an actor. He is not a personality. In respect sa pamilya niya, hindi ko na lang sasabihin ang pangalan niya. We are still together. I can say that he provides for his family. He is a great father. We are just working on things as they come along,â€ she said.

The actress stressed she does not regret anything even though she had her baby at the peak of her career.

â€œAng tagal ko in this industry. Iâ€™ve been in showbiz for 13 years. Everybody is always telling me â€˜Bakit ang bagal bago ka sumikat? Bakit hindi ka pinapakanta? Bakit ayaw kang bigyan ng lead role?â€™ I always say the same thing, â€˜In Godâ€™s time.â€™ Now if God gave me a taste of what I want, I got a taste of it. I really work hard. I love every part of it so thereâ€™s nothing to be sad about because Iâ€™ve met so many beautiful peopleâ€¦ thereâ€™s no regrets because whatâ€™s to say I canâ€™t work again?â€ she said.

Asked why she is revealing everything just now, Laurel said: â€œPara masagot ko iyong mga tanong. I wanted to do it in a time na hindi magulo, hindi stressful, â€˜yung I can face everybody happy and show them what I really feel.â€

Rumors that she got pregnant surfaced after her character in the said series suddenly disappeared.

In an interview in November 2010, Laurelâ€™s manager Arnold Vegafria denied the actress was preganant.

After several months of being away from the limelight, she surprised everyone as she headlined an episode of â€œMaalaala Mo Kayaâ€ on Saturday.Â  (MNS)

Robi Domingo admits thinking of settling down with girlfriend