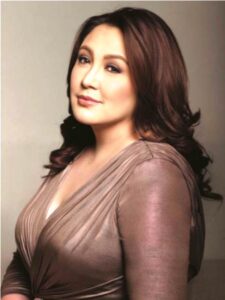 Megastar Sharon Cuneta denied Saturday that her comeback film will be based around the life of alleged pork barrel scam mastermind Janet Lim Napoles.

In a Facebook post, Cuneta dismissed rumors suggesting that she will portray the Napoles in an upcoming biopic. She also denied that her daughter, KC Concepcion, will be playing the role of Jeane Napoles.

“Why is there a rumor going around that my comeback movie will be based on the Janet Lim Napoles story, and with KC playing the role of her daughter?” she wrote.

“No one has spoken to me about this, and so it is totally untrue,” Cuneta added. “I already have a comeback project waiting, and with a company that has my full trust and respect.”

The veteran actress earlier made headlines after she announced her departure from TV5.

“I am going to drop clues every now and then as to the things I will be working on which will start sooner than you think!” she said at the time.

She hosted her own talk show entitled “Kasama Mo, Kapatid,” and became a co-host of a musical variety show “The Mega and the Songwriter” alongside Ogie Alcasid.

She also starred in the comedy series “Madam Chairman,” which premiered on 2013. It was her first TV series in 35 years. The show was cancelled by the network. (MNS)

Vandolph on Dolphy: I miss him so much