MANILA, Philippines – In a statement sent to Bulletin Entertainment a few hours after his death, Bong R. Osorio, ABS-CBN Corporate Communications head, said: “Kapamilya talent AJ Perez passed away early Sunday morning after being rushed to a hospital in Tarlac. Together with his father, two road managers, a driver and an event marshal, they met a vehicular accident on their way back to Manila after a provincial show.

“ABS-CBN sympathizes with AJ’s family on his untimely demise, and urges everyone to pray for the eternal repose of AJ’s soul and for the family and loved ones he left behind. ABS-CBN continues to help AJ’s family during this difficult and discomforting time and to attend to the needs of the others that got hurt in the unfortunate accident.” 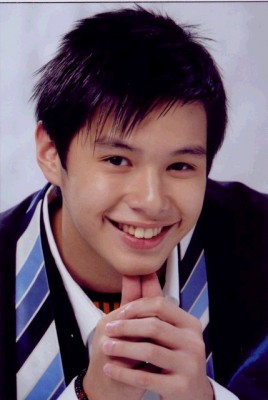 According to reports, the van that Perez was on got hit by a bus and a truck in Paniqui, Tarlac. He was on his way to Manila from the Kapamilya Karavan show in Dagupan City for the annual Bangus Festival.

Perez was rushed to Rayos Valentin hospital but was declared dead on arrival at 12:20 a.m. His father, Gerardo, two road managers, a driver and an event marshal survived the mishap.

The young actor’s last tweet around 10 p.m. of April 16 read: â€œOn the way home already from Dagupan.Long drive ahead.. Thanks to everybody who watched…â€

Perez was heading back to Manila to prepare for his supposed appearance on â€œASAP Rocksâ€ Sunday noon. His â€œASAPâ€ family paid tribute to the young actor on last Sundayâ€™s show.

Gary Valenciano opened the show with fellow stars all in white. â€œToday we come to you with saddened hearts as we bear the news of the sudden passing of one of our brothers here in â€˜ASAPâ€™ and ABS-CBN: AJ Perez.

â€œWe pray for everyone mourning at this time, for this very tragic loss. Today, â€˜ASAP Rocksâ€™ with a heavy heart. But with our spirits lifted up, knowing that for a humble young man, like AJ, being with You is the best place for him to be.â€

Trying to hold back tears, Gary continued: â€œAJ may no longer be with us physically but he left good memories… in our hearts; he will live on.

â€œAJ, we dedicate this show to you. Itâ€™s yours. Embrace him, Lord and make him know. Give him the best seat to watch what we offer him today. In Jesusâ€™s name. Amen.â€

On â€œThe Buzzâ€ April17, Perezâ€™s colleagues in showbiz shared their thoughts on the young starâ€™s passing.

Gab Valenciano: â€œIf heâ€™s listening to me right now, I want to thank you for being an inspiration, not just to the younger people but myself, to the older guys. And I pray wherever you are, you are happy with the Creator. I love you, bro, and I will see you soon.â€

A member of the Gigger Boys, Perez was remembered as a brother by the rest of the group â€“Enchong Dee, Dino Imperial, Robi Domingo, Chris Gutierrez, and Aaron Villaflor.

Sam Concepcion related on â€œThe Buzzâ€ what he felt upon learning of Perezâ€™s death. â€œNoong nalaman ko â€˜yon hindi ko pa kayang i-accept agadâ€¦ When I found out about it, my heart was pounding. Ganoon pa din ang feeling ko hanggang ngayon.â€ He offered a song number â€œGone Too Soonâ€ on the show.

Perez was a member of Star Magic Batch 13 launched in 2006. Star Magic head Johnny Manahan said in a statement: â€œAJâ€™s death comes as a shock to all of us. We are saddened that he was cut down at such a tender age. We shared the deep felt sorrow of his family and we will miss him.â€

The young actor, who entered showbiz as a commercial model, appeared on TV shows, among which are the teen-oriented program â€œAbt Ur Luv,â€ â€œLobo,â€ â€œAgua Bendita,â€ and the most recently â€œSabel.â€ His last TV appearance was on â€œShowtime.â€

On the big screen, he last had a role in the Eugene Domingo starrer â€œMamarazzi.â€

It was reported that Perez was cast in the â€œMara Claraâ€ movie. On April 30, his â€œMaaalala Mo Kayaâ€ episode will air on ABS-CBN.

Sharon Cuneta gears up for concert tour in Australia