Couple Derek Ramsay and Angelica Panganiban have vehemently denied that the actor has a girlfriend in Dumaguete. Rumors have it that Ramsay was seen kissing a girl at the lobby of a hotel in Dumaguete. It was also said that they checked in very drunk and called room service the next day. Ramsay admitted that he went to Dumaguete to recruit players for a frisbee team.

“There’s no truth to this thing. Nagpunta ako ng Dumaguete para magrecruit ng players tapos may girlfriend na ako? Chineck in daw ako sa hotel na kaming dalawa lang,” he said. He said the woman the rumors were referring to “is a very nice girl who comes from a decent family. I’ll be going back to Dumaguete regularly coz Iâ€™m sponsoring 5 kids from there to play.” He said she and her friends showed him around the city.

He also appealed to his detractors to stop making up stories.

Panganiban, on the other hand, said she is standing by the actor.

Ramsay, meanwhile, thanked all their fans for their continued support.

“Sa fans namin ni Angel thanks for supporting us. Angel and I are very happy. If you don’t like me for Angel sana naman isipin ninyo na lang ang happiness ni Angel. Maybe she’s happy with me. You’re entitled to your opinion. You can say whatever you want to say. At the end of the day, decision namin ni Angel if masaya pa kami sa isa’t isa,” he said.

Liezl Sicangco, the former wife of action star Robin Padilla, has no plans of stopping daughters Queenie and Kylie from pursuing their careers in show business in the country.

This clarification was made by Robin and Queenie themselves after Sicangco, who is now based in Australia, made an appeal to her two daughters to return to their Muslim faith.

According to reports, Sicangco said there is no sense of staying in showbiz if they are not practicing the teachings of Islam. Sicangco particularly expressed displeasure over her daughtersâ€™ appearance and choices of wardrobe. 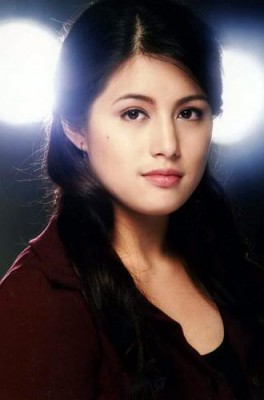 In a separate interview, Queenie said â€œsheâ€™s still there to support us no matter what.â€

Saying that she refused to be called Queenie and Kylieâ€™s stepmom, Rodriguez said her relationship with Robinâ€™s children is good.

Rodriguez, a Catholic, also said she has no plans of converting to Muslim.Rodriguez and Robin are promoting their first movie together, â€œTum: My Pledge of Love.â€

Richard proud of ‘Anatomy of a Disaster’

Kapuso actor Richard Gutierrez is very happy and overwhelmed by the positive response of the viewers with the “Anatomy of a Disaster.” The week-long episode of the said show aired last week and featured timely topics like earthquakes, fire, flood and even tsunami. Richard said he was very proud of what they’ve done to help educate the people on what to do before and during the times of disaster.

When asked if he’s open in doing “Anatomy of a Disaster” once or twice a week, the actor said the decision will still come from GMA-7 management but he’s more than willing to comply.