Martin is set to star in his first lead role in a series in “Minsan Lang Kita Iibigin” which will premiere on Monday (March 7) after “Mara Clara.” He believes that maybe the network management just saw his dedication to his work as an actor. 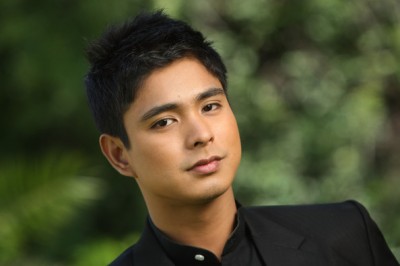 Before taking the lead role for “Minsan Lang Kita Iibigin,” Martin showed his acting prowess in the hit soaps “Tayong Dalawa” and “Kung Tayo’y Magkakalayo,” with Gerald Anderson and Kim Chiu as the lead stars. Martin has always keep his feet on the ground and said that he’s really thankful for the newest blessing.

Lovi Poe on Singson: It’s time to move on 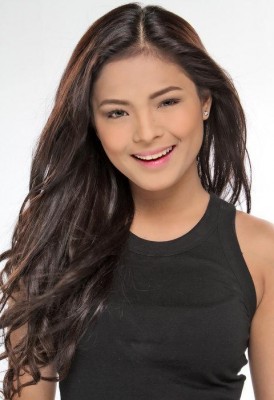 After a Hong Kong court sentenced Congressman Ronald Singson to 18 months in prison for illegal drug possession, his rumored girlfriend Lovi Poe said that it’s now the time for her to move on. Singson had earlier pleaded guilty to drug trafficking.

“I don’t want to talk about it anymore because now, it’s time to move forward and be positive. Embrace the things that I have right now. Be positive. I don’t want to dwell on the bad things,” Poe said during the opening of the photo exhibit of Mark Nicdao dubbed “Vantage” last weekend.

The actress said she will be focusing on her work as an actress.

Asked if she can keep the relationship she has with Singson, she replied: “I can’t say anything. I just wanna go on with the flow, do my job and make sure that I won’t step on other people.”

Poe said she’s in good health and happy for all the blessings she gets.

Singson said that he is resigning as a promise to his father, Ilocos Sur Governor Luis “Chavit” Singson.

In the interview, Poe also reacted to news that the congressman’s family is against her. One report said Governor Singson is the only one who talks to her. Poe stressed that there’s no truth to the said report, and she just doesn’t want to talk about it out of respect for the Singson family.

“Nope. I don’t want to talk about it anymore because there are a lot of people involved. I don’t want to drag them into this…Hindi sila showbiz na tao. Respeto ko na lang ‘yon na hindi sila pag-usapan in public,” Poe said.

In an interview during the opening of Mark Nicdao’s photo exhibit over the weekend, Locsin said that she and Younghusband are in the stage of “getting to know each other.”

“We are friends and siguro nasa ‘getting to know’ stage pa. But it’s too soon to answer actually,” Locsin said.

The actress also admitted that she went out with Younghusband and other friends and even described the football player as a “gentleman.”

The actress also cleared the issue that Younghusband already introduced her to his parents.

She also believes Younghusband when he said that he was not joking when he invited her to go out on a date via Twitter.

Report has it that Younghusband is just using Locsin to have a second shot at showbiz.

There is also a report that the player’s invitation to the actress was a bet between him and his teammates.

In the interview, Locsin also defended actress Angelica Panganiban who was criticized for voicing her opinion that it would be better if Younghusband would just devote his time to football.

Younghusband clarified that his role in the upcoming movie is his way to promote football.

Locsin appealed to Panganiban’s detractors to stop the tirades against the latter for the sake of the Azkals.

Locsin, who’s been very busy with a lot of showbiz projects, also reacted to reports saying that she and former boyfriend Luis Manzano are back in each other’s arms.

In the interview, Locsin stressed that she and Manzano are just good friends.

Last week, Manzano admitted that he and Locsin are friends again.

“We are friends definitely,” he said.

But when asked to define their friendship right now, the actor just gave a mysterious smile.

“Whatever that smile means to you or to the viewers, hayaan na natin ‘yon,” he said. (MNS)