Hunk actor Piolo Pascual on Sunday finally broke his silence on the real score between him and actress-TV host KC Concepcion. Pascual admitted on “The Buzz”, where Concepcion is a host, that he and the daughter of Megastar Sharon Cuneta are in a romantic relationship. 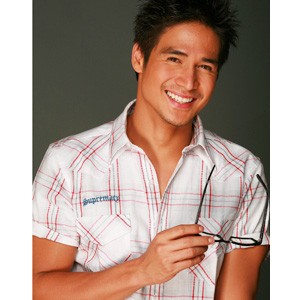 Concepcion became his girlfriend on October 21 last year, he revealed.

“It took me 2 years (before she said yes). Tsaka na ‘yung detalye. Basta that’s one of the best days of my life. For the first time in more than 8 years, I’m getting into a relationship, a commitment. And I’m planning to keep it,” he said.

Asked about his term of endearment to Concepcion, Pascual said, “I call her my princess.”

For months, Pascual and Concepcion have been mum on the status of their relationship, saying that they want to stay away from the “huzzles and buzzles” of showbiz. Pascual, in particular, wanted to keep things private so as not to affect his 13-year-old son, IÃ±igo.

“The reason why I never admitted naman was because may pinoprotektahan ako. I have a son, ayaw mong magkaroon ng ibang reaction ‘yung bata. He’s only 13 years old,” he explained.”Mahirap talaga (for her) and I found it too unfair kasi siya lagi ang nagsasalita. So finally a couple of days ago I said na it’s time for me to speak up…it’s also my responsibility para she’s not left in the dark, para hindi siya nahihirapang sumagot.”
The hunk actor also apologized to Concepcion, “Sorry if it took me this long. It’s a thorn off my chest, I must say.” 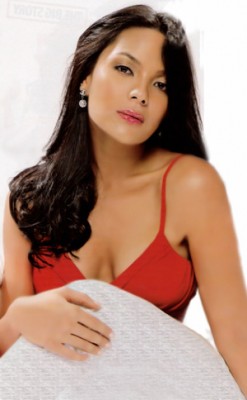 Pascual said he also decided to announce his relationship with Concepcion so the latter’s admirers would no longer consider courting the actress. Among those rumored to have expressed interest in the Megadaughter are Azkals football player Phil Younghusband, actor Sam Milby, and apl.de.ap, the Filipino member of American hip hop group Black Eyed Peas.

Pascual thanked Concepcion for “sticking it out with me” and for being “sobrang sobrang patient and understanding.”

For the Nth time, young actor Enchong Dee clarified that his on screen partner Erich Gonzales and co-star Kim Chiu are not involved in a rift. Dee appealed for people to stop speculating about the non-existent tiff. 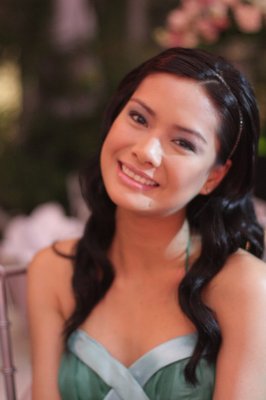 The actor also denied that there is a budding romance between him and Chiu. He, however, admitted that he got something for the actress when he came back from a vacation in Hong Kong.

Meanwhile, Dee was recently launched as one of the new batch of “Agimat Boys”.

Along with actors Jason Abalos and Ejay Falcon, the 3 said they feel so honored in meeting actor and former Senator Ramon Revilla Sr., the original star of “Agimat”. Revilla told the 3 matinee idols to make the most out of their youth and always give their best in every project. He also teased them about their love lives.

Diego Loyzaga says acting is in his blood