Showbiz update: Piolo happy that the Megastar defended him

MANILA, Nov 27 – Hunk actor-singer Piolo Pascual said on Thursday that he cannot be any happier after Megastar Sharon Cuneta bared that he is a good influence to her daughter and Pascual’s rumored girlfriend, KC Concepcion.

Pascual expressed his appreciation to the Megastar who defended him anew amid some negative publicity going on.

“I am happy, I am happy. Lalabas at lalabas din ang katotohanan. I’m thankful to Tita Sharon because she defended me and she didn’t need to. And masaya ako because I didn’t have to defend myself,” he said. 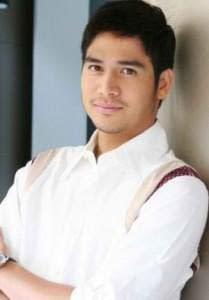 The name of the “Noah” lead star was dragged into the controversy surrounding Concepcion’s recent transfer to Star Magic.

“Masaya ako because Kristina chose to be with Star Magic. To set the record straight, it was her decision, not mine. I’ve been there through the process to support her and to give her good advice but at the end of the day, sa kanya pa rin manggagaling ang decision,” he added.

The 33-year-old actor, on the other hand, laughed off rumors saying he and Concepcion are planning to get married anytime soon.

â€œNot yet. I guess there are still other things that I can do. It will fall into place in Godâ€™s time. Weâ€™re not in a rush and we are both busy with our careers. If and when it happens, everyone will know,â€ he added.

After he has been paired with the country’s bankable actresses, Pascual confirmed that his next on-screen leading lady is teleserye princess Kim Chiu.

At the launch of his coffee table book titled “Pursuit’s Journal”, Pascual confessed that he is a fan of Chiu who starred in the award-winning teleseryes “Tayong Dalawa” and “Kung Tayoâ€™y Magkakalayo”.

â€œIâ€™m very excited na. Pero next year na kami makakapag-shoot if ever matuloy nga because right now sheâ€™s busy with ‘Your Song’ and Iâ€™m also busy with ‘Noah’,â€ he added.

Pascual also revealed that he feels honored to work with Chiu, whom he considers a very promising talent.

â€œSheâ€™s very good. Bata pa si Kim kaya for sure malaki pa ang mai-improve niya. Sheâ€™s one talented actress so it would be my privilege to work with her,â€ he ended.

Sarah speaks up on Cristine-Rayver romance

Popstar princess Sarah Geronimo was not able to evade the media when asked how she is after sultry actress Cristine Reyes admitted that she and actor Rayver Cruz had a relationship.

According to Geronimo, she is genuinely happy for Reyes and Cruz since everyone has the right to be happy as long as they are not stepping on someone else’s feelings. 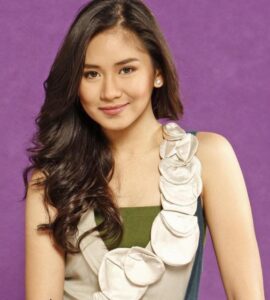 “I am happy for them. Siyempre happiness nila ‘yon. Everyone deserves to be happy basta wala na lang natatapakan na damdamin ng ibang tao. Wala naman silang ginagawang masama,” she said during the press conference of her upcoming concert with Martin Nievera.

Cruz and Geronimo have been consistently rumored to be an item before but the two repeatedly denied that they went steady for a year. It has also been reported that Reyes was the person behind the breakup of Geronimo and Cruz. Reyes vehemently denied the rumor.

She also belied rumors saying that her salon business is closing down since it is not earning.