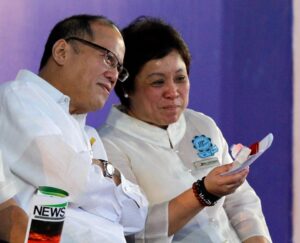 President Aquino graces the 111th Anniversary of the Bureau of Internal Revenue (BIR) at the agency’s main office in Quezon City. (MNS photo)

BIR said the significant growth came as cigarette manufacturers began front-loading their removals ahead of another increase in excise tax rates in 2016.

“The significant increase is largely attributed to the front-loading of removals by cigarette manufacturers because of the impending increase in excise tax rates on January 1, 2016,” BIR Commissioner Kim Henares said.

“Healthy figures tell us that we increasingly have more means to invest in our people, especially on universal healthcare. But we can’t be too pleased with ourselves,” she added.

Henares noted that while government revenues continue to increase, the prevalence of adult smoking in the country also dropped to historic levels.

She said the tax agency continues to boost tax administration and enforcement to build and protect gains from tax reforms.

“We vow to consistently uphold the rule of law in ensuring sin products pay their fair share in building ourselves a healthier, more prosperous nation,” said Henares.

The 10-month figure is also 20 percent above target for the period. (MNS)

DFA: 95 OFWs due to return from Libya

Time for Marvel in Taiwan