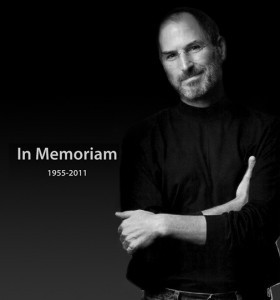 SAN FRANCISCO, October 7, 2011 (AFP) â€“ The launch of a hot new Google smartphone was delayed on Friday as the world mourned the loss of legendary Apple co-founder Steve Jobs and sales began of the latest iPhone.

Samsung and Google put out word they have postponed a â€œMobile Unpackedâ€ press event planned for next week at an international wireless telecommunications industry conference in Southern California.

â€œUnder the current circumstances, both parties have agreed that this is not the appropriate time for the announcement of a new product,â€ Samsung said in a statement at its official blog.

â€œWe will announce a new date and venue in due course,â€ the South Korean consumer electronics titan promised.

Samsung was expected to unveil a Galaxy Nexus smartphone powered by a yet-to-be released version of Google-backed Android software and designed to challenge market-leading iPhone.

Postponing the launch was seen as a temporary truce of sorts in honor of Jobs, who died Wednesday at the age of 56 after battling cancer.

Apple on Friday began taking online pre-orders for an updated iPhone 4S that is to be available on October 14 in the United States, Australia, Canada, France, Germany, Japan and Britain.

The iPhone 4S features a speedier processor, a â€œpersonal assistantâ€ that responds to voice commands and a more powerful camera.

It remained to be seen whether the legions of people from around the world touched by the death of Jobs would buy the iPhone 4S in tribute to the man who altered lives with iPods, iPhones, iPads, and Macintosh computers.

Apple did not respond to a request for comment on Friday.

There are more benefits to calcium than women might think