SoCal representatives to FYLPRO off to Manila

Los Angeles – Rynn Chua and Edward Aparis are two (2) delegates from Southern California selected to participate in the 2014 Filipino American Youth Leadership Program (FYLPRO) and to take part in an immersive program in the Philippines from 24 to 28 July 2014.

The FYLPro is an annual program running on its 3rd year, launched in July 2012 in partnership with the Ayala Foundation, FYLPro taps the Philippine Embassy and Philippine Consulates in the United States in identifying 10 outstanding young Filipino-American leaders who have great potential in pushing Philippines-US relations forward.  This is a project of PHL Ambassador to the U.S. Jose L. Cuisia, Jr., tailored to develop leadership and talent of second-generation Filipino Americans into contributing to further development of the Philippines and provides delegates to meet and dialogue with the highest officials and policymakers in the Philippines, leaders of industry, media, cultural experts, business and social entrepreneurs as well as innovators in different fields.

Rynn graduated Magna Cum Laude from California State University.  Not resting on his laurels, he is currently pursuing his MBA at Pepperdine University concentrating in Entrepreneurship, while running Double Y Entertainment, Inc., an event management firm of which he is the Founder and CEO.  He was a social worker at the APAIT Health Center, board member of the LA County Prevention Planning Committee, and later employed at the US Center for Disease Control and the Associations of Schools of Public Health in Atlanta, Georgia. From social work and public health, he is now actively involved with the Filipino Chamber of Commerce in Los Angeles. 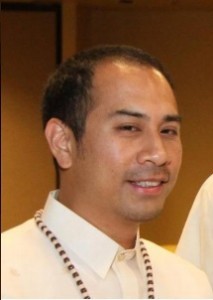 Edward is from Chula Vista, California and works as a Consultant at the Strands Group, which is involved in project management, grant writing and public affairs consulting.  After graduating from the University of California, Riverside, he worked with the Southwest Center for Asian Pacific American Law in San Diego.  Later on, he served on the organizing committee of the Filipino American Arts & Culture Festival and co-founded and helped spearhead the “Civic Education & Policy Advocacy Network,” known as CEPA Net, which along with the Council of Philippine American Organizations (COPAO) in San Diego, raises civic awareness and engagement in the Filipino American and larger Asian American communities.