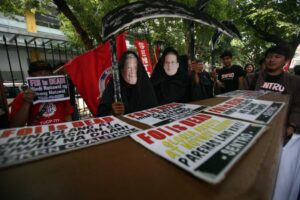 Different organizations headed by Right to Know. Right Now Coalition hold a protest march from España to Mendiola in Manila on Wednesday. The groups called for the immediate passage of the Freedom of Information bill. (MNS photo)

MANILA (Mabuhay) – A party-list lawmaker has reiterated his call for the House of Representatives to allow the live broadcasting of all House proceedings over the state-owned People’s Television Network Inc. (PTNI) so the public can monitor lawmakers’ performance.

In filing House Bill 4049, BUHAY party-list Rep. Lito Atienza said showing sessions and committee hearings of the Senate and House of Representatives live on PTNI will allow the people will know what is going on in the legislative, and will help lawmakers remain transparent.

The measure seeks to amend Section 9 of the PTNI’s Charter, as incorporated in Republic Act No. 7306, by adding to its functions the showing of live proceedings of both Houses without editing nor commentary.

The lawmaker said he envisions PTNI to have the same kind of unprecedented access to lawmakers, similar to the C-Span network in the United States.

Atienza believes the passage of the measure will help curb the spate of absenteeism among his colleagues.

“[The live showing of sessions will] encourage our fellow members to attend and actively participate in floor deliberations of important bills and resolutions.  As opposed to what has been happening for the past three weeks where there were only a handful of us in attendance, so the sessions were either adjourned or measures were being taken up even without a quorum,” he said.

Atienza’s proposal is still pending before the House committee on public information since last year.

The House has only mustered a quorum three times since the third and regular session started on July 27. House Speaker Feliciano Belmonte Jr. said last week he has enlisted the help of leaders of the various political parties comprising the majority coalition to ensure a quorum will be declared in the coming session days.

Attendance in the House has improved following Belmonte’s appeal, with the chamber mustering a quorum from Monday to Wednesday. He told reporters at the sidelines of Wednesday’s plenary session he is hopeful his colleagues the good attendance record will be maintained in the remaining months of the 16th Congress.

Sought for comment on Atienza’s proposal, Belmonte said all television stations— whether public or private— is welcome to broadcast the House’s proceedings live. “I think it’s good [to have the plenary sessions shown on TV],” he said.

However, Belmonte believes there’s no longer any need to pass a law for this purpose because there’s no prohibition on the live broadcast of plenary sessions.(MNS)

In Hospitals, Safety Begins With Communication 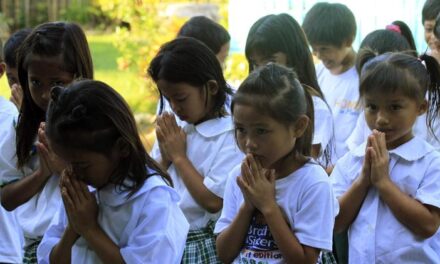