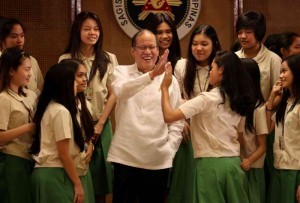 MANILA (Mabuhay) — Kabataan Party-list Rep. Terry Ridon said Tuesday that there is clearly no basis to again hike tuition and other school fees next academic year, as private universities and colleges in the Philippines are posting profits “to the tune of billions.”

The young solon cited data from the Securities and Exchange Commission (SEC) which reveal that well-known private colleges and universities earn more than a billion annually from their operations.

University of the East posted gross profits amounting to P1.9 billion in both 2013 and 2014.

Far Eastern University (FEU) posted a gross profit (gross revenue less cost of goods and services) of P1.7 billion in 2013 and P1.5 billion in 2014, based on its financial statements submitted to the SEC.

“These numbers are simply astounding and is comparable to the profits of a commercial company. Clearly, these schools are not in the red and there is no reason to again increase tuition and other school fees next year,” Ridon said.

The legislator noted that bulk of these profits come from students.

In 2012, for example, the University of Sto. Tomas (UST) collected a total of P2.8 billion from tuition and P672 million from other school fees. For the same year, UST posted a net revenue of P1.4 billion.

Similarly, the De La Salle University collected a total of P1.8 billion in tuition and P540 million in other school fees for 2013, and posted over P600 million in net revenue for the same year.

“These figures show how the deregulated nature of education has transmogrified the Philippine education system into a lucrative business,” Ridon said.

Meanwhile, Ridon also lambasted the Commission on Higher Education (CHED) for denying the fact that schools will again increase tuition next year.

In a statement released Monday, CHED said that schools have yet to submit proposals, with the deadline set on April 1, denying the report of independent task force Tuition Monitor which stated that about 400 colleges and universities in the country are set to increase tuition and other school fees next school year.

“The fact that initial data on tuition hike proposals come from an independent task force speaks volumes of CHED’s lack of ground monitoring on ongoing tuition hike consultations in schools. This is actually one of the gripes of students in schools – CHED has no mechanism to monitor hike proposals in the school level,” Ridon pointed out.

The legislator explained that under CHED Memorandum Order No. 3, series of 2012, schools that intend to increase tuition and other school fees need to conduct consultations with their constituents, particularly students, on or before the last day of February.

“Time and again, CHED proved to be a mere stamp pad for tuition increases, with its guidelines serving as nothing but paper tigers. The high cost of tuition is rooted in the government’s policy of deregulation of education – of CHED’s very own refusal to perform its function of protecting our students’ right to affordable and accessible education,” Ridon concluded. (MNS)