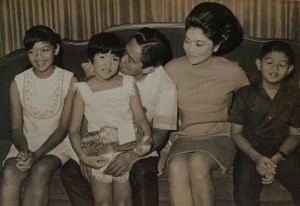 MANILA (Mabuhay) — A fine as high as P200,000 and jail time of up to 20 years await those who will obstruct the apprehension and prosecution of criminal offenders should the bill filed by Albay Rep. Fernando Gonzalez becomes a law.

The penalties shall be imposed on any person who prevents witnesses from testifying in any criminal proceeding or from reporting the commission of any offense or the identity of any offender/s by means of bribery, misrepresentations, deceit, intimidation, force or threats.

In the bill’s explanatory note, Gonzales said the penalties imposed under PD 1829 have remained unchanged since it was enacted by then-President Ferdinand Marcos in 1 981. The decree was issued to penalize any person who knowingly or willingly obstructs, impedes, frustrates or delays the apprehension and prosecution of suspected criminal offenders.

He said it is time for the penalties under the law to be updated to be in touch with modern times and hopefully discourage the public from obstructing the enforcement of the law.

“The said penalties, if not upgraded to the economic and social realities of the time, could even embolden violations,” Gonzalez warned.

HB 5521 has been referred to the Committee on Justice for its appropriate consideration and action. (MNS)