On December 18, 2010, the Filipino American community of Saint Bede the Venerable Catholic Church of La Canada, California will sponsor its annual Simbang Gabi celebration. The event, which will start at 5:30 p.m., will highlight the rich spiritual and cultural experience of the Filipino people as they prepare for the coming of the Lord on Christmas Day.

The Simbang Gabi (literally “Night Mass” but more commonly understood as Dawn Mass) is one of the most popular and important Filipino Christmas traditions. It is a series of nine dawn masses that culminate on Christmas Eve. During Simbang Gabi, Catholic churches will open their doors before the break of dawn (usually by four oâ€™clock in the morning) to welcome the faithful to the Simbang Gabi mass. 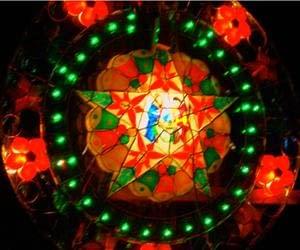 Traditionally, the pre-dawn mass is announced by the ringing of the church bells. In order to wake up the faithful and get them ready for the dawn mass, some parish priests used to knock on the doors of their parishioners; some rural areas even had brass bands playing Christmas carols all over town before the start of the mass. After the mass, the church-goers usually partake of the various traditional Filipino foods made from sweet glutinous rice like bibingka, puto bungbong, or the various regional versions of suman, accompanied by a cup of hot salabat (ginger tea) or hot tsokolate (thick chocolate).

The Filipino practice of Simbang Gabi has evolved into a nine-day novena beginning on December 16 and culminating on December 24 in a midnight mass or misa de gallo on Christmas Eve to welcome the birth of the Savior. Some churches present a play called panuluyan, which is a reenactment of the time when Joseph and Mary tried to find shelter for the night so Mary could give birth to the Baby Jesus.

Even though at present parish priests no longer knock on their parishionersâ€™ doors and there may not be brass bands that play at dawn, the sense of family and community and the renewal of faith still pervade the celebration of Simbang Gabi. The sense of joy and festiveness is evident in the colorful lights and lanterns (called parols) and Christmas trees with the Nativity Scene that are displayed and the Christmas songs that are heard. On Christmas Eve, after the midnight mass, families gather in their homes to celebrate Noche Buena where an even more sumptuous feast is prepared.

For Filipinos transplanted to America, the Simbang Gabi is still central to the celebration of Christmas. To keep the tradition alive, in 2004, St. Bede’s parish organized the Simbang Gabi. Instead of the standard nine-day event, this Simbang Gabi is condensed into one night of solemn Eucharistic Mass. In the spirit of the Christmas season, the Filipino-American parishioners will share their gifts of song, music, dance, and, of course, food with the members of the community.

Since it started in 2004, St. Bede’s Simbang Gabi has always been a fun and enriching experience for its parishioners and the larger community. Hence, the parish and its parishioners continue to work to keep and celebrate this tradition. This year, the Simbang Gabi celebration is spearheaded by the Pastor of St. Bedeâ€™s Church, the Rev. Msgr. Antonio Cacciapuoti, and co-chaired by Willie Reynado and Cecille Oâ€™Neil for the 2010 St. Bedeâ€™s Simbang Gabi Group.