MANILA,  Aug 22 (Mabuhay) — The first day of face-to-face classes nationwide is generally peaceful and orderly so far, the Department of Education (DepEd) said on Monday.

In a Viber message, DepEd spokesperson Michael Poa said there were no major incidents reported to them as of Monday morning.

The DepEd made the statement following their long preparation for the gradual transition to face-to-face learning to ensure the safe return of learners after two years due to Covid-19 pandemic.

Schools that started their in-person setup have implemented safety guidelines including the mandatory wearing of face masks, temperature checks, and proper sanitation.

The Oplan Balik Eskwela Command Center also received 26 calls with most concerns related to school policy and operations; while the top query of some guardians was about the issuance of a Form 138 photocopy even with an outstanding balance in private schools.

As of Monday, the DepEd has recorded 28,035,042 enrolled learners nationwide, which is a slight shortfall from their targeted 28.6 million enrollees.

Poa, however, said parents can still register their children, who will be eventually required to go on a face-to-face learning setup come November 2.

“We are still encouraging those who haven’t enrolled to enroll as soon as possible. It also bears emphasizing that although we haven’t met our projected figures. The enrolled learners this year is already 101 percent of our figure from last school year’s enrollment,” he said.

This year’s over 28 million enrollees have over 4 million pre-registered while the remaining more than 23 million secured their registration during the official enrollment period.

The DepEd insisted this turnout is higher than the previous official enrollment tally hitting 27,560,661.

The DepEd took a firm stance on the gradual transition to face-to-face learning to address the “learning loss” which happened in distance learning during the pandemic. (PNA) 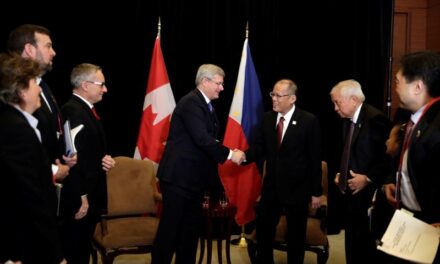