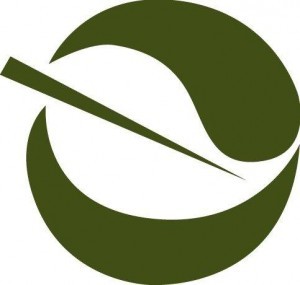 SACRAMENTO – Officials from more than a dozen local, state and federal agencies came together today for the first meeting of the newly established Interagency Refinery Task Force, an important step in the State’s plan to improve public and worker safety at and near oil refineries.

The Task Force, which will be located within the California Environmental Protection Agency, was formed to enhance coordination and regulation of the state’s refineries and to strengthen emergency preparedness in response to future refinery incidents.

“The Task Force is not a substitute for strong state and local oversight,” said California Secretary of Environmental Protection Matthew Rodriquez. “But it will play an important role in better coordinating the actions of multiple agencies and facilitating information sharing. Our goal is to improve protections for workers, communities and the environment.”

“This is the way government ought to work when there are multiple agencies involved, as is certainly the case with refinery safety,” said Department of Industrial Relations Director Christine Baker. “We look forward to working with our sister agencies to improve our oversight.”

Creation of the Task Force was a recommendation of the recently released draft report of the State’s Interagency Working Group on Refinery Safety. The group was formed following the August 2012 fire at Chevron’s Richmond oil refinery, which created a plume of smoke that spread to surrounding communities.

The Task Force is charged with carrying out the report’s other recommendations, including:

Public outreach will be a central focus of the Task Force. Among its goals, for example, is to establish Refinery Safety Forums in northern and southern California for ongoing dialogue among labor representatives, community members, environmental groups, the refinery industry and regulators.

The Working Group’s draft report, “Improving Public and Worker Safety at Oil Refineries,” can be viewed at: http://www.calepa.ca.gov/Publications/Reports/2013/Refineries.pdf

In addition, the California Air Resources Board and the California Air Pollution Control Officers Association recently released a plan to assess emergency air monitoring capabilities in communities near petroleum refineries throughout the state.

More information about the plan is available at:      http://www.arb.ca.gov/fuels/carefinery/crseam/crseam.htm

At the federal level, the Task Force includes the U.S. Environmental Protection Agency Region 9, and at the local level, members include representatives from Certified Unified Program Agencies and Air Pollution Control Districts with refineries in their jurisdictions.