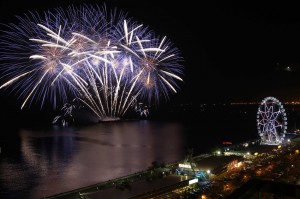 MANILA (Mabuhay) – A lawmaker has moved to update another antiquated law penalizing persons obstructing the apprehension and prosecution of criminal offenders.

The Albay lawmaker recalled that then President Ferdinand Marcos issued PD 1829 on January 16, 1981 to penalize any person who knowingly or willingly obstructs, impedes, frustrates or delays the apprehension and prosecution of suspected criminal offenders.

PD 1829 enumerates the act punishable under the Decree with imprisonment or a fine, or both. The penalty of imprisonment ranges from four years, two months and one day to six years while the fine ranges from P1,000 to P6,000.

“Since the effectivity of the law in 1981, the penalties imposed under PD 1829 have remained unchanged. The said penalties, if not upgraded to the economic and social realities of the time, could even embolden violations,” Gonzalez stressed.

It is hope, Gonzalez added, that by increasing the penalty from prision correccional in its maximum period to reclusion temporal in its maximum period and the fine from P1,000 to P50,000 to the maximum of (from P6,000) P200,000, the law will discourage some sectors of society who lend their hand in obstructing the apprehension and prosecution of criminal offenders.

The penalties shall be imposed on any person who prevents witnesses from testifying in any criminal proceeding or from reporting the commission of any offense or the identity of any offender/s by means of bribery, misrepresentations, deceit, intimidation, force or threats.

HB 5521 has been referred to the Committee on Justice for its appropriate consideration and action.(MNS)