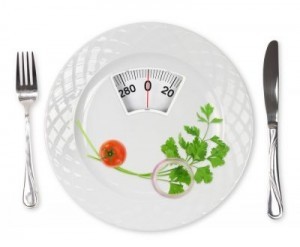 Science is getting closer to diet-less weight loss. A new study from the Yale School of Medicine brings the latest findings.
©Gts /shutterstock.com

(Relaxnews) – Researchers at Yale University School of Medicine say that preventing weight gain could be as simple as calming the activity of a nuclear receptor in a tiny area of the brain.

Blocking the effects of the nuclear receptor PPARGamma in a small amount of brain cells in mice not only reduced the animals’ appetites, it increased their metabolism to a point where they could be described as “resistant to a high fat diet.”

“These animals ate fat and sugar, and did not gain weight, while their control littermates did,” says lead author Sabrina Diano, professor in the Department of Obstetrics, Gynecology & Reproductive Sciences at Yale School of Medicine. “We showed that the PPARGamma receptor in neurons that produce POMC could control responses to a high-fat diet without resulting in obesity.”

In the study, Diano and her team genetically engineered their mice to lack PPARGamma receptors.

“When we blocked PPARgamma in these hypothalamic cells, we found an increased level of free radical formation in POMC neurons, and they were more active,” said Diano, also a professor of comparative medicine and neurobiology at Yale and director of the Reproductive Neurosciences Group.

The findings indicate more than another step towards diet-less weight management and a potential cure for obesity. They are also important concerning diabetes.

PPARGamma is a component of thiazolidinedione (TZD), a class of drugs used to treat type 2 diabetes, and until now it remained a mystery as to why patients gained weight using the medication.

Diano says this problem could be circumvented by altering TZD to prevent weight gain and that more research is imminent.

The study was published in the Journal of Clinical Investigation.