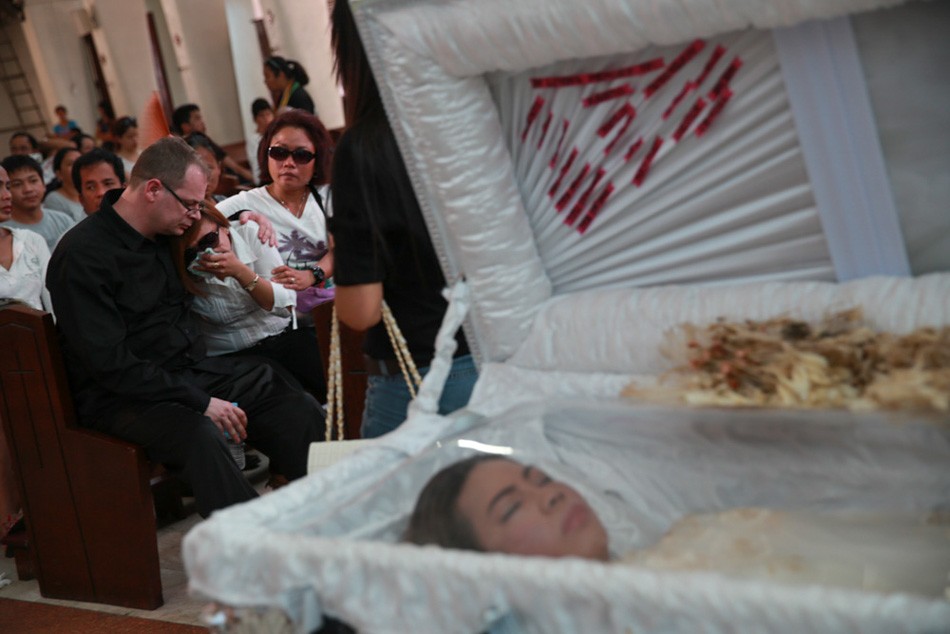 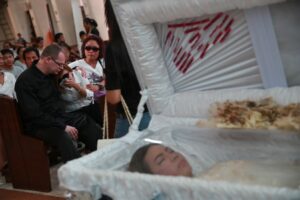 MANILA, (Mabuhay) – Marc Sueselbeck, the German fiancé of slain Filipino transgender woman Jeffrey “Jennifer” Laude, has expressed fears about being barred from returning to the Philippines should he be deported and declared an undesirable alien.

At a press conference in UP Diliman on Tuesday, Sueselbeck said that while he will face the undesirability case before the Bureau of Immigration, he hoped that he would not be permanently banned from returning to the Philippines

“Worst punishment they can do is to ban me permanently,” he said, adding that a ban would be another “kick” to Laude.

“What else do they want from me? I am not charged for any crime, it was just a very stupid thing, and I have apologized for it,” he added. “I can’t see what I can do more.”

Earlier in the day, Sueselbeck filed a motion for voluntary deportation, which according to Laude family lawyer Harry Roque Jr. “was to shorten the process of regular deportation.”

On Sunday, Sueselbeck was prevented by the Immigration bureau from leaving the country as he has a pending deportation case.

The case stemmed from an incident on Oct. 22 when Sueselbeck and Laude’s sister Marilou climbed a perimeter fence inside Camp Aguinaldo to get inside the Mutual Defense Board-Security Engagement Board (MDB-SEB) facility, a restricted area, where US Marines Pfc. Joseph Scott Pemberton is being held.

Pemberton is a suspect in Laude’s killing.

Sueselbeck was seen pushing a guard as he tried to enter the detention facility. He has repeatedly apologized for the incident, saying he did not mean to disrespect Philippine authorities.

Though the Armed Forces of the Philippines has accepted his apology, they “remain committed to pursue the move to have him declared as undesirable alien,” military spokesman Lt. Col. Harold Cabunoc was earlier quoted as saying.