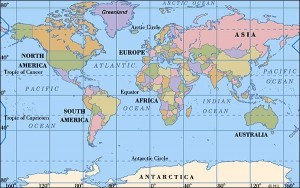 The elegant streets of Sydney’s Paddington are where the city’s rich and fashionable gather to shop, dine and socialise. But despite Australia’s unprecedented economic boom, business has never been so bad.

South Korean student Hwang Jin-Joo no longer sends text messages to his extensive circle of friends, he “KaTalks” them. Kakao Talk, a mobile messenger smartphone application, has enjoyed phenomenal success since it was launched 16 months ago and has spawned similar apps in the world’s most wired nation.

Chinese businesswoman Jiang Guihong devours fashion and is exactly the type of high-spending tourist that Taiwan’s high-end retailers are trying to attract — and they are spending millions to do so.

Ratings agencies are again under attack, with EU leaders objecting that Standard and Poor’s, Moody’s and Fitch Ratings are an “oligopoly” which issues self-fulfilling prophecies of doom, greatly aggravating the eurozone debt crisis.

British media groups vie to attract readers of the defunct News of the World tabloid, but analysts warn that a short-term sales surge could be followed by long-term collapse in the market.

As the Italian government struggles to stave off a biting debt crisis, thousands of university graduates are scraping the barrel for any job going or abandoning Italy altogether to try their luck abroad.