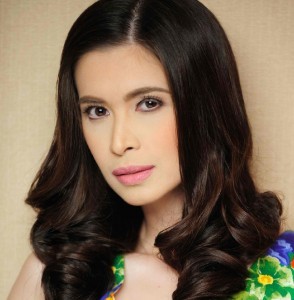 MANILA, Mar 7 (Mabuhay) — Actress Sunshine Cruz, whose showbiz career took the backseat after her marriage to actor Cesar Montano in 2000, has confirmed that she will return to acting soon.

In her official Twitter account, Cruz revealed that she will be doing a project with ABS-CBN but didn’t give any details.

“Soon! Sa kapamilya,” Cruz said as a reply to one of her followers.

Last year, Cruz made a guest appearance on ABS-CBN’s hit daytime soap”Be Careful With My Heart” as the wife of Sir Chief (Richard Yap).

Cruz’s return to acting is seen by observers as an attempt to divert her attention from her marital problems with husband Cesar Montano.

Last month, Cruz blew her top after discovering that a number of her gifts to Montano are now with starlet Krista Miller, who co-stars with her husband in his latest film.

Cruz turned to social networking site Instagram to confront Miller, whose posts on the same image-sharing service showed items allegedly given to her by Montano.

Montano had admitted that he and Cruz are having problems but vowed to do everything in his power to save his family.

Richard Gutierrez gears up for 2014