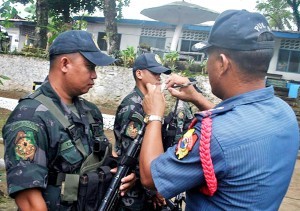 MANILA (Mabuhay) -– At least 140 people have been injured due to firecrackers as of 6 a.m. Friday including one boy who lost his right hand due to the illegal firecracker “Super Yolanda”, the Department of Health said.

DOH Assistant Secretary Eric Tayag, in his official Twitter account, said 134 people sustained wounds from firecrackers, 5 were hit by stray bullets, and only one ingested a firecracker.

Tayag said this figure is slightly lower compared to the 146 injuries reported in the same period last year.

Tayag said in Iloilo, a five-year-old boy lost his right hand index finger after using a “camara” or small dynamite.

Last year, the DOH recorded a total of 931 firecracker-related injuries: 904 were due to fireworks, 25 from stray bullet and 2 from firecracker ingestion.

Panfilo Lacson out of hiding

Relax: Itâ€™s Good For You

I don’t need $1 million for a Green Card