Tablet computers come of age in 2010 with iPad mania

SAN FRANCISCO, December 12, 2010 (AFP) – Yearning for an Internet-linked gadget bigger than a smartphone but smaller than a laptop merged with always-connected lifestyles to make tablet computing a defining trend for 2010.

The iPad launched in April by Apple became the must-have device of the year and has rivals intent on dethroning the culture-shifting California company before it can lock in the market the way iPods became the ruling MP3 players.

“Apple nailed it and made tablet computers a success,” said Gartner analyst Ken Dulaney. “There are going to be a lot of people trying to beat them but it will turn out like iPods; everybody wants one.” 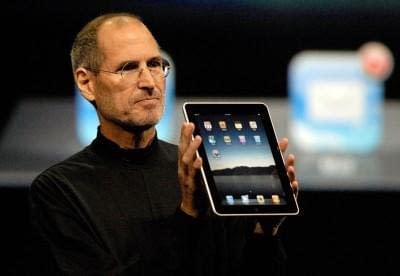 Work weeks have grown steadily longer with the proliferation of gadgets keeping people connected to bosses and offices nights and weekends.

“Consumers are working all the time, have less leisure time and less money to spend but still want to maximize enjoyment they get out of life,” Rotman Epps told AFP.

“Tablets fill that demand for devices that fill those in-between moments and minimize your unconnected time,” she said.

Forrester data shows that 26 percent of US consumers who bought iPads use the tablets for work as well as personal purposes.

The top spot for using an iPad is the living room, with the bedroom being the second most common, according to Forrester.

“People are using tablets to read the Wall Street Journal or watch TV in bed,” Rotman Epps said. “It is replacing, in some circumstances, laptop computers, television and print media.”

Apple benefited by focusing on regular people instead of businesses, adding its hip cache and having real-world stores where people could try iPads before committing to buying devices, according to Rotman Epps.

“Apple cracked the market that others had struggled with for years,” said Gartner analyst Michael Gartenberg.

Research shows that owners of the Apple tablets consume more video, news and other content online than other people do.

Some analysts expect iPad sales will blast past the 10 million mark this month, if they haven’t already, and competitors are hitting the market with their own tablets or have announced plans to do so.

Samsung said its Galaxy Tab, which is powered by Google’s Android software, has sold one million units, Microsoft considers tablets a “priority” and Blackberry maker Research in Motion plans one next year named the PlayBook.

Forrester predicted that by 2015, the number of US consumers using tablet computers would be 75 million: more than netbook users but less than the number of people using smartphones or laptops.

The tablet trend will put downward pressure on laptop computer prices, based on Forrester research indicating consumers think it’s not worth paying a lot more to get a laptop instead of a tablet.

Analysts said the other big consumer electronics stories of the year were the continued growth of smartphones and Microsoft’s Kinect, the Xbox 360 videogame console that players control using gestures and spoken commands.

Microsoft said it sold more than 2.5 million Kinects for Xbox 360 devices worldwide in the 25 days after they hit the market.

Google, meanwhile, said more than 300,000 smartphones running its Android software are activated daily as it builds momentum in the hot mobile market.

According to research firm Gartner, Finland’s Nokia sold 29.5 million smartphones during the third quarter of the year for a 36.6 percent share of the worldwide market, down from 44.6 percent a year ago.

Sales of Android-powered smartphones soared to 20.5 million units, giving the Android platform a 25.5 percent market share, up from just 3.5 percent a year ago, Gartner said.