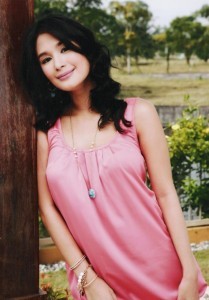 MANILA (Mabuhay) -– Brazilian-Japanese model Daniel Matsunaga has a ready spiel for when he meets the current flame of his ex-girlfriend Heart Evangelista.

“I will say, ‘Please take care of Heart kasi she’s really a good person,'” Matsunaga said when asked for his message to Sen. Francis “Chiz” Escudero should they meet personally.

Not more than a month after Evangelista’s publicized breakup with Matsunaga in May, rumors romantically linking the actress and Escudero surfaced. At the time, the senator’s marriage with his former wife Christine Flores had already been annulled.

“For me there is no problem,” Matsunaga said of personally meeting Escudero. “Kasi for me, I really have no bad feelings, eh. I have no reason to have bad feelings at all. So, there’s no problem, for me to go to him or him to go to me.”

Likewise, Matsunaga said he sees no problem in maintaining close ties with Evangelista, who had pointed to “cultural differences” as the reason for their breakup early this year.

“Yes, I would accept,” Matsunaga said of any opportunity to work with Evangelista. “Walang problema, we’re still friends.”

“There’s no problem and it would really be a nice experience again,” he added. (MNS)

Will Jewel return to showbiz after her wedding?