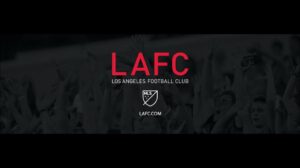 “The name that we chose is true to Los Angeles, authentic to world football and speaks to our global ambitions,” said the Club’s Managing Partner and Owner, Henry Nguyen

The Club also launched a social media campaign to give its supporters a voice in selecting the Club’s official colors.

The LAFC Club Colors campaign is part of the Club’s ongoing effort to engage its supporters across social media and include them in a collaborative effort to build the new club together.  This outreach will extend beyond social media into Town Hall meetings, where the Club’s leadership will have direct discussions with supporters and partners.

“We promise to give our supporters an opportunity to have a significant voice as we build and co-create this Club together,” said Tom Penn, LAFC’s President and Owner.

The campaign has already generated thousands of likes, shares, favorites and retweets across Instagram, Twitter and Facebook and ends on September 18.  The Club will use this feedback in combination with an evaluation of the MLS landscape to finalize the decision. The Club expects to announce its official colors and crest in the coming months.

Earlier this year, LAFC announced its intent to build a new stadium in Downtown Los Angeles, at the site of the former Los Angeles Sports Arena.

About Los Angeles Football Club (LAFC): The Los Angeles Football Club (LAFC) is the new MLS soccer team serving the greater Los Angeles area. Its ownership group is comprised of local leaders and innovators of industry with intellectual capital, financial prowess, operations expertise and success in the fields of entertainment, sports, technology and media. The LAFC ownership group is dedicated to building a world-class soccer club that represents the diversity of Los Angeles. For more information about LAFC, visit LAFC.com.