ATLANTA, August 10, 2011 (AFP) â€“ Tiger Woods said he was surprised at critical comments from Steve Williams, the caddie he fired last month after 12 years of being together, in the wake of a victory by his new employer.

Woods, speaking on the eve of Thursdayâ€™s start to the 93rd PGA Championship, chose his words carefully and said little about the flap that began after Adam Scott won last weekâ€™s World Golf Championships Bridgestone Invitational.

â€œIâ€™m not going to speculate on Stevie,â€ Woods said. â€œThose are obviously his feelings and his emotions and his decision to say what he wants to say.â€

Williams, a 47-year-old New Zealander who was bagman for Woods in 13 of his 14 major triumphs, said that carrying the clubs during Aussie Scottâ€™s WGC victory was â€œthe best week of my lifeâ€ and â€œmost satisfying winâ€.

â€œI have been caddying for 33 years, 145 wins, and thatâ€™s the best win Iâ€™ve ever had,â€ Williams added. â€œI sort of believe in destiny sometimesâ€.

Woods said he sent Williams a congratulatory text message after the final round last Sunday.

â€œI was happy to see Stevie and Adam win. Adam has been a friend of mine, and same with Stevie,â€ Woods said.

â€œI sent Stevie a nice text after completion of play, congratulating him on his win. It was good to see them go out there and play as well as they did.â€

Asked if he and Williams had spoken or exchanged messages since Williams made his comments, Woods said, â€œI think thatâ€™s between Stevie and myself.â€

Former World No. 1 Woods, now ranked 30th after missing much of this season with left leg injuries, was 15 strokes back at the WGC event on a course where he had won seven times before with Williams as caddie.

Woods dodged the question when asked if Williams had been disloyal, having defined loyalty as trust earned over time, and again when asked if he regretted the way he split with Williams, which he said came face-to-face at last monthâ€™s PGA National.

â€œSometimes we all need changes and this was a change,â€ Woods said. â€œI was at peace with it. It was a decision and a direction I wanted to go and thatâ€™s it.

Woods confirmed that his agent, Mark Steinberg, met with Williams on Tuesday but would not elaborate on what messages might have been conveyed either way.

Shane Joel, an Australian who caddies for Woodsâ€™ friend Mark Oâ€™Meara, was linked to possibly becoming the next full-time caddie for Woods in a report on The Golf Channel, and Woods said his name has come up in conversation.

â€œThereâ€™s nobody Iâ€™ve committed to,â€ Woods said. â€œMark was nice enough to talk to me about it and said that Shane is available if I so choose. Iâ€™m focused on this (week). After this event Iâ€™ll sit down and really look at it.â€

Bryon Bell, a friend of Woods since childhood, caddied for Woods last week and will be on the bag this week on an interim basis. Even Woods joked that Bell might have trouble with heat and hills at Atlanta Athletic Club. 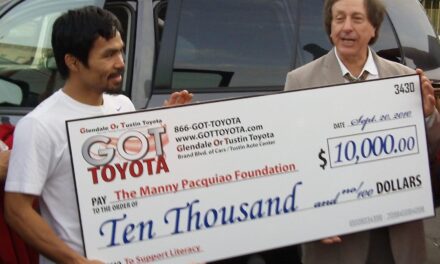