Toni on Bb. Pilipinas: I was told to host that way 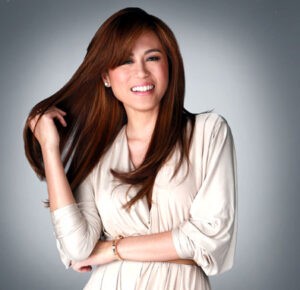 Toni Gonzaga has replied to criticisms of her hosting during the Binibining Pilipinas coronation night last Sunday, pointing out that she was given instructions to lighten up the atmosphere of the three-hour-long pageant.

The event, which was held at the Araneta Coliseum in Quezon City, was co-hosted by Xian Lim and past title winners Venus Raj, Shamcey Supsup, and Ariella Arida.

At the start of a press conference held Tuesday for her new film “You’re My Boss,” Gonzaga thanked pageant organizer Binibining Pilipinas Charities, Inc. for “giving me the opportunity to host a big event.”

Addressing her critics, Gonzaga continued: “To those who were not pleased, sa mga hindi natuwa, hindi naibigan ‘yung napanood nila noong Sunday, I’m humbly asking for apology if I offended or I have maligned or I have hurt anyone of you, but it was never my intention.”

Among the personalities who criticized Gonzaga’s hosting was Binibining Pilipinas-Universe 2000 Nina Alagao, who referred to the actress’ hosting as “over-confident almost to the point of arrogant.” 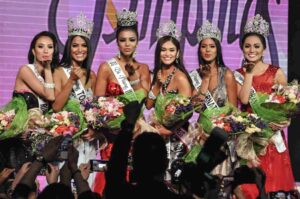 Celebrity fashion designer Cary Santiago called Gonzaga’s comments “inappropriate,” adding that she was supposedly “rude to the candidates whose nerves are shot already.”

Others expressed dismay that Gonzaga supposedly turned the “prestigious event into a variety show” or an episode of the ABS-CBN reality TV series “Pinoy Big Brother,” which she has hosted since 2005.

It was during the pageant’s question-and-answer portion when Gonzaga specifically drew laughs from the audience with her jokes, with some viewers online observing that she made the event “less formal” and “more fun.”

“Prior to the show,” Gonzaga confirmed in her statement, “I was instructed po to make it fun, light and ease the tension especially during the Q&A portion. Again, it was instructed to me to host that way, to make it lively and fun.”

She also expressed gratitude to those who came to her defense and commended her hosting, including BPCI.

“I don’t want to miss this opportunity to thank everyone, ‘yung mga friends ko po from the press, my friends from the industry who have been saying a lot of [good things], who have been defending me, nagsasalita ng good and kind words sa akin, maraming, maraming salamat po. I really and truly appreciate that from the bottom of my heart.”

Gonzaga added: “In the spirit of beauty pageants, let’s end this issue with world peace.” (MNS)

Piolo on Shaina: Just let us be